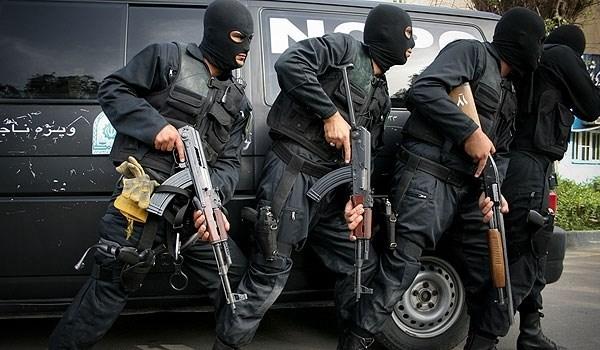 TEHRAN (FNA)- Iran’s Intelligence Ministry announced that the country’s security forces have arrested 27 members of a terrorists group before they could carry out any acts of terror in the country.

The Iranian security forces managed to identify and arrest the terrorists, who were planning to stir insecurity and carry out acts of terror in the capital, Tehran, and some other cities during the holy month of Ramadan (May 17-June 14) and the International Quds Day, which was observed on June 8, a statement by the Intelligence Ministry said on Monday.

It added that the terrorists had already published pictures on the Internet and threatened the Iranian people with murder and revenge, but they were all nabbed after a series of police and intelligence operations.

The ministry noted that a large amount of weapons, including Kalashnikov rifles, grenades, bombs, Colt firearms and explosive materials, were also confiscated from the terrorists in the operations.

“As the honorable and revolutionary people of Iran have been informed, a terrorist team planning to sneak into Oshnavieh region on Friday evening was trapped by Hamzeh Base troops, was fully dismantled and 7 of its members were killed and wounded,” General Pakpour said.

He also revealed two more cases of clashes in Sarvabad and Oshnavieh region in Kordestan province in Western Iran in the past 24 hours, noting that the terrorist groups were disbanded, 6 terrorists were killed and three others were wounded.

General Pakpour said that a large number of weapons, ammunition and equipment have been discovered and seized from the terrorists, and vowed “a decisive and crushing response to any move aimed at endangering the security of Islamic Iran”.

The public relations office of the IRGC’s Hamzeh Seyed al-Shohada Base said in a statement on Saturday afternoon that it had dismantled a 7-member terrorist team in Kordestan province in the Western part of the country near the border with Iraq.

“The IRGC forces killed all members of the terrorist team in the Oshnavieh border region in Kordestan Province on Friday evening,” the statement said.

The terrorists had planned an attack in Northern Iraq before crossing the border into Iran.

“Elements of the terrorist team received orders from the heads of terrorist groups in Northern Iraq and had precise plans to carry out terrorist and anti-security actions after infiltrating the country,” the statement read.