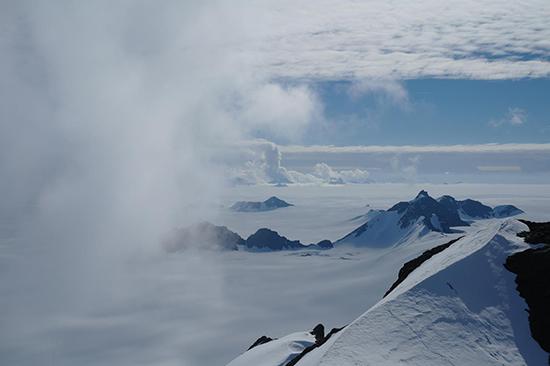 The Antarctic may have lost nearly 3 trillion metric tons (tonnes) of ice since the early 1990s, according to a landmark study published in the journal Nature.

The new findings are the result of the most complete satellite survey of Antarctic ice sheet change to date, involving 84 scientists from 44 international organizations (including NASA and the European Space Agency).

Worryingly, the paper demonstrated that the rate of ice loss has tripled in recent times. Prior to 2012 the continent was losing ice at a rate of around 76 billion metric tons per year. But in the period between 2012 and 2017, the figure jumped to a staggering 219 billion metric tons per year. This equates to a 0.6 millimeter annual rise in global sea levels. (In total, sea levels are rising about 3 millimeters a year, according to NASA.)

Knowing how much ice Antarctica is losing is critical to understanding how climate change will affect humanity both now and in the future, given the fact that the continent contains enough frozen water to raise sea levels by 58 meters. This is more than enough to completely submerge coastal cities around the world, but even much smaller rises will severely affect these populations.

“We have long suspected that changes in Earth’s climate will affect the polar ice sheets,” Andrew Shepherd, a professor of Earth observation from the University of Leeds, who led the research, said in a statement. “Thanks to the satellites our space agencies have launched, we can now track their ice losses and global sea level contribution with confidence.

“According to our analysis, there has been a steep increase in ice losses from Antarctica during the past decade, and the continent is causing sea levels to rise faster today than at any time in the past 25 years,” Shepherd added. “This has to be a concern for the governments we trust to protect our coastal cities and communities.”

Shepherd told Newsweek that there is a combination of factors that have led to the increased rate of ice loss in recent years, all of which are indicators of climate change. They included Antarctic glaciers speeding up in the wake of ice-shelf collapse, warming waters in the Amundsen sea—which lies to the west of the continent—and reduced ice sheet growth in East Antarctica.

He added that the new results have implications for predicting global sea level rise in the future. Based on data gathered for the period between 1992 and 2011, Antarctica was heading toward the lower range of Intergovernmental Panel on Climate Change (IPCC) projections, which pointed to a global sea level rise of a just few centimeters by 2100. Now the continent looks to be tracking toward the upper range, which would mean a rise of 15 centimeters by the end of the century.

Twila Moon, a research scientist at the National Snow and Ice Data Center, University of Colorado, who was not involved in the study, said the research was further confirmation that Antarctica is losing ice at an “increasingly fast pace.”

“Continued ice loss in Antarctica is of great concern for humanity, affecting coastal communities, people, and infrastructure,” Moon said in a statement. “The good news is that limited climate change can slow the rate of ice loss, and there are many proven actions that can reduce climate change and be implemented immediately. The time is now for all of us to act.”