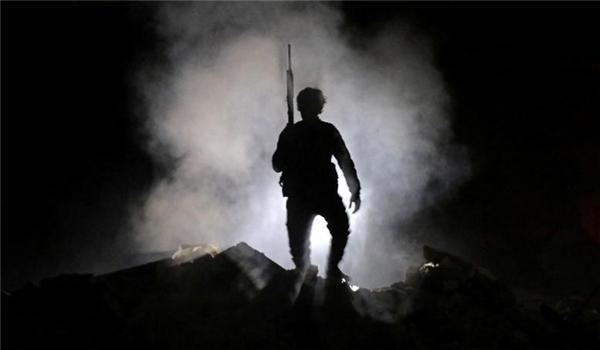 TEHRAN (FNA)- Two rival terrorist groups embarked on exchanging heavy fire in a region in Northwestern Syria near the border with Turkey on Wednesday amid intensified assassination operations in Idlib province.

Tahrir al-Sham Hay’at (the Levant Liberation Board or the Al-Nusra Front) clashed fiercely with a rival terrorist group near Bab al-Hawa passageway at Syria-Turkey border.

A number of both warring sides were killed or wounded in the clashes.

In the meantime, a number of terrorists were killed or injured after a bomb went off near a checkpoint in the small town of Ma’arat al-Nu’aman.

Security situation in Idlib province has been deteriorated following recent assassination operations in the region.

In a similar development on Sunday, Tahrir al-Sham Hay’at stormed the positions of the rival terrorist group of Syria’s Liberation Front in the small town of Abin in Western Aleppo that inflicted major casualties on both sides.

In the meantime, a number of Tahrir al-Sham members were killed and wounded after a bomb-laden motorcycle blasted at an al-Nusra base in al-Saharah settlement in Idlib province.

Meanwhile, media activists reported that ISIL executed three captured members of Tahrir al-Sham Hay’at in revenge for the execution of almost 30 of its members in Kafr Hend settlement in Idlib province.