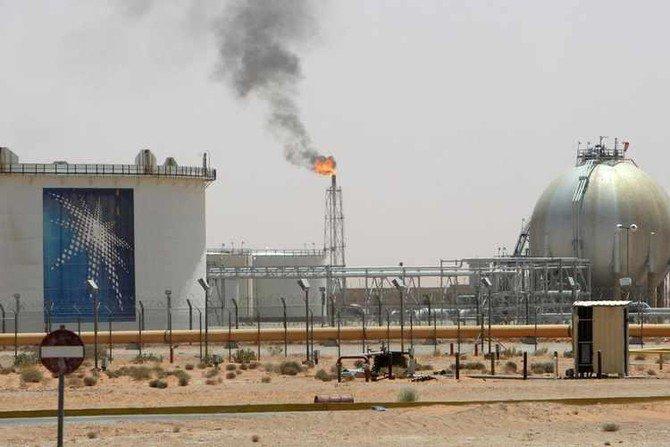 LONDON: Saudi Arabia posted the biggest month-on-month increase in oil supply of any OPEC country in May, according to the latest report from the International Energy Agency (IEA).
The Kingdom’s production was up 100,000 barrels per day (bpd) to 10.02 million barrels. Domestically, more crude was burned in Saudi power plants during the month, partly due to higher air-conditioning use.
The IEA noted meanwhile that only Saudi Arabia and OPEC’s other Middle East members have the ability to ramp up production swiftly to alleviate any supply shortages in the market. That is viewed as vital in the event of further output drops from Venezuela, and expected shortfalls from Iran when US sanctions bite later this year.
The report estimated that Middle East OPEC countries could increase production in fairly short order by about 1.1 million bpd, and there could be more output from Russia.
After oil prices surged to $80 a barrel in mid-May, Saudi Energy Minister Khalid Al-Falih said that the Kingdom, along with other producers, would ensure the availability of adequate supplies to offset any potential shortfalls.
According to information from data intelligence company Kpler, Saudi crude shipments rose during May to 7.16 million bpd, up 250,000 bpd month-on-month.
“However, even if the Iran-Venezuela supply gap is plugged, the market will be finely balanced next year, and vulnerable to prices rising higher in the event of further disruption. It is possible that the very small number of countries with spare capacity beyond what can be activated quickly will have to go the extra mile,” the IEA said.
US President Donald Trump yesterday blamed OPEC for excessive oil prices. “Oil prices are too high, OPEC is at it again. Not good!” Trump tweeted on Wednesday, the second time in two months he blamed the bloc for higher oil prices.
Saudi Aramco is moving ahead with plans to raise output from offshore oil fields by more than 1 million bpd by 2023 to compensate for declining onshore production and to sustain overall capacity, which now stands at around 12 million bpd.
Aramco has invited bids to build new units to expand the Marjan oil field from 500,000 bpd currently to 800,000 bpd. Aramco also recently invited bids to boost the 300,000 bpd Berri field by 250,000 bpd. The expansion effort also includes the 550,000 bpd Zuluf field, where capacity will be raised by 600,000 bpd.
In May, the IEA said, higher flows from Saudi Arabia, Iraq and Algeria outweighed a fall in Nigerian supply and further losses in Venezuela, lifting OPEC crude production by 50,000 bpd to 31.69 million bpd. Crude oil output was nonetheless down 610,000 bpd on 2017 due to Venezuela’s sharp decline.
For 2019, IEA anticipates growth of 1.4 million bpd due to a “solid” economic background and an assumption of more stable prices. Demand growth for 2018 is also forecast at 1.4 million bpd.
But downside risks were growing in the wake of the G-7 bust-up involving President Donald Trump and his Western allies.
Dangers included the possibility of higher prices amid trade disruptions prompted by the tariffs war unleashed by the US against China, but which has also sucked in the EU, Canada and Mexico.
There were already signs of a slowdown in the growth of global trade volumes, the IEA said, which was “a concern.”