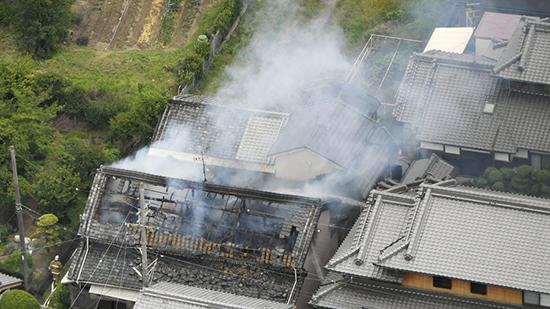 At least three people have been confirmed killed and more casualties are feared, after a magnitude 6.1 earthquake hit north of Osaka Prefecture in western Japan, local media report.

An 80-year-old man and a young 9yo girl were killed in Japan, crushed by collapsing walls, public broadcaster NHK reported. Several others are reported in a state of “cardiopulmonary arrest,” a condition usually used by Japanese authorities until a formal examination has been conducted to confirm death.

At least 217 people were injured, mainly across the northern Osaka and neighboring prefectures, the broadcaster reports, citing data from local police and fire departments.

Some 170,000 households remain without power in Osaka, as well as neighboring Hyogo prefecture, according to local electricity operator Kansai.

Besides electricity outages, at least one house caught fire and several major water pipes burst following the quake, according to footage shown by local TV. The jolt struck during the Monday morning rush hour, and forced a halt to some rail services. As a precaution, flights were also delayed in Osaka airport.

While there were no reports of widespread damage, Japanese authorities are still assessing the impact, with PM Shinzo Abe emphasizing that the safety of residents is the government’s top priority at the moment.