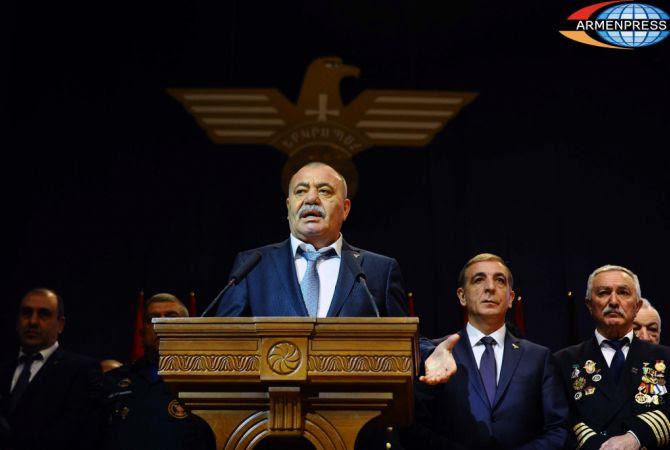 YEREVAN, Armenia (AP) — Hundreds of supporters of an Armenian lawmaker who was arrested on suspicion of illegally storing firearms and explosives are protesting outside the country’s national security service in the capital of Yerevan.

Clashes broke out between the demonstrators and riot police on Sunday but there were no immediate reports of detentions.

Parliament member Manvel Grigorian was detained Saturday in the city of Echmiadzin as part of an investigation into a kidnapping case against a businessman alleged to be a top organized-crime figure, who was also arrested.

Grigorian is a parliamentary deputy from the Republican Party, the power base of former prime minister Serzh Sargsyan who resigned in April in the face of massive protests. Grigorian also leads the Yerkapah group of volunteers who support separatist forces in Azerbaijan’s Nagorno-Karabakh region.