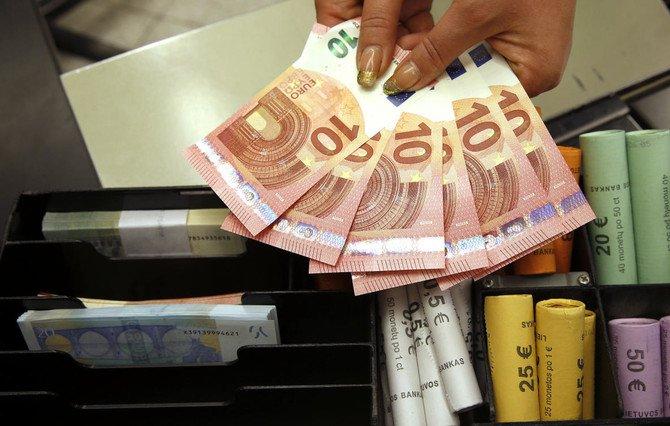 PARIS: Paris and Berlin are very close to an agreement on eurozone reform after months of divisions, French Finance Minister Bruno Le Maire has said.
“An agreement is close at hand,” Le Maire said on Twitter late Saturday after final negotiations on the subject with this German counterpart in the northern German city of Hamburg.
The minister added that he hoped an agreement could be finalized on Tuesday, when German Chancellor Angela Merkel and French President Emmanuel Macron are scheduled to meet near Berlin.
Paris and Berlin are racing to bridge the gap between Macron’s vision of grand European Union reforms and Chancellor Angela Merkel’s more prudent approach by a crunch eurozone summit on June 29.
“There are two or three remaining issues” to sort out, a European source close to the negotiations told AFP. “But these are clearly defined and limited.”
The source added that “real progress had been made on the sensitive issues that remained to be decided, especially regarding the eurozone budget.”
Germany and other northern European states have baulked at Macron’s calls to give the eurozone its own big budget, fearing the more fiscally prudent north will have to pick up the tab for overspending by the more profligate south.
Earlier this month, Merkel made some concessions, agreeing to support Macron’s call for an investment fund to help poorer European countries catch up in the areas of science, technology and innovation.
But the size of the fund remains a major bone of contention, with Merkel saying it should be “at the lower end of the double-digit billions of euros range,” while Macron has called for a budget amounting to “the equivalent of several points of the GDP of the eurozone.”
The French president is on a drive to reconcile Europeans with the EU after years of austerity and mass migrant flows have helped fuel the rise of anti-immigrant and nationalist parties.
He has championed EU reform proposals such as a common finance minister and budget.
ylf/ib/aph/qan