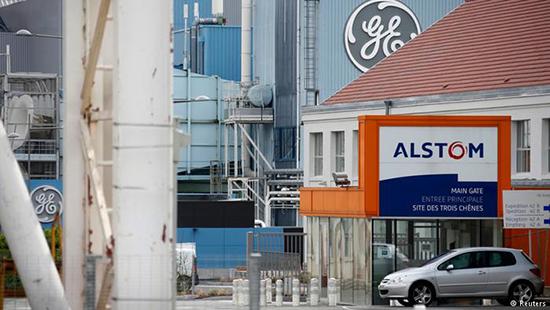 US engineering giant General Electric needs to brace for hefty penalties if it fails to uphold a job creation pledge in France. The company made the promise when taking over Alstom’s power business in 2014.

The French government said US conglomerate General Electric would have to pay millions of euros in penalties, should it not be able to live up to its promise of creating 1,000 new jobs in France by the end of the year.

GE made the promise as part of its 2014 purchase of Alstom’s power and electrical grid businesses, including its prized gas turbine operations. The transaction was valued at $14.4 billion (€12.4 billion).

Shortly after closing the deal, GE announced plans to cut 6,500 power jobs in Europe because of falling oil and gas prices. Later on, it planned a further 12,000 job cuts in the sector.

CEO John Flannery told the French Finance Ministry last week that he could not honor the French hiring pledge, which had so far led to just 323 new jobs in the country.

“The contract called for a € 50,000 penalty for every job not created,” Labor Minister Muriel Penicaud told BFM television. “If no new jobs are created by the end of the year, GE could be facing a fine of nearly €34 million.”

The hiring pledge was secured by France’s previous Socialist government, and opposition parties have urged the current government of President Emmanuel Macron to apply the fine.

Macron, a former investment banker, has vowed to make France more attractive to foreign companies, pushing through reforms to make it easier for businesses to hire and fire workers.