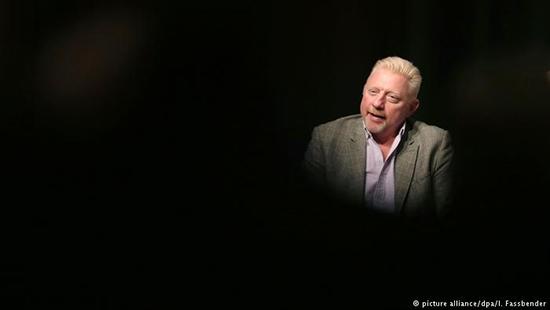 In the course of his ongoing bankruptcy proceedings in the United Kingdom, former German tennis star Boris Becker has claimed diplomatic immunity in the Central African Republic (CAR).

CAR ambassador to the European Union, Daniel Emery Dede, told DW that Becker has immunity from prosecution and now carries a diplomatic passport from the Central African Republic.

DW: Boris Becker has claimed diplomatic immunity in his bankruptcy proceedings because he is supposed to be a cultural attache to the Central African Republic (CAR). What do you think?

Daniel Emery Dede: I confirm that Boris Becker has a Central African diplomatic passport. I can also confirm that he meets all his expenses because we have no money to pay him. He is just an attache at the embassy in Belgium to help the Central African Republic recover from its post-civil-war crisis.

What is his exact mission?

Thanks to his aura, after all, he has been an athlete of a very high level and is still engaged all over the world, we count on him to introduce us to the world of businesspeople in order to receive financial support. That is the goal we have set for his mandate. We do not care about his private affairs.

So he is not paid by the Central African taxpayer?

That’s part of the clauses. He has never been to the Central African Republic, but he knows the situation there very well. We are a country that is just emerging from a crisis. Therefore we are in a difficult humanitarian situation and there are still many insecure areas in our country. You cannot take a single penny from the Central African taxpayer.

In 2002, the German judiciary sentenced him to a suspended prison sentence and a heavy fine. He should be bankrupt. Has the Central African Republic hired him in order to improve the image of your country?

We do not want his money. He should mobilize others for us using his reputation.

A source in the president’s office told us he was a friend of President [Faustin-Archange] Touadera.

In order to support our president in his current mission, and for a country that is still in a crisis, friendly relations that already exist are always welcome.

How can the Central African government help Boris Becker get out of his current legal difficulties in London?

The very fact that he has a diplomatic passport is already an important support. Because with this passport he has and will enjoy diplomatic immunity.

Daniel Emery Dede is the head of mission to the European Union and ambassador to Belgium, the Netherlands and Luxembourg.