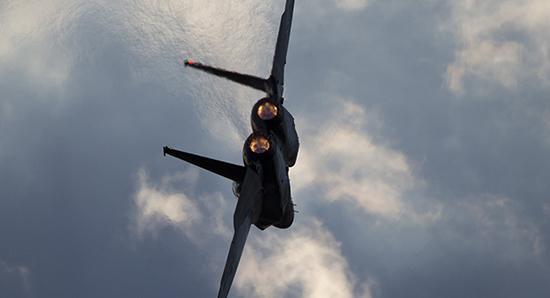 Israeli jets targeted nine military targets in two military compounds and a munition manufacturing site, Israeli defense forces reported on Twitter. According to IDF, the targets were belonging to the Hamas militants.

​The airstrikes were a response to “arson and explosive kites and balloons that’ve been launched into Israel,” IDF stressed, adding that Israeli defense forces were “determined to continue to act with increasing intensity against these acts of terror as long as required”.

Tensions on the Israeli border with Gaza flared up amid the Great March of Return rally, which began on March 30. The Israeli side has been using lethal arms to suppress the rallies citing security concerns and putting the blame for the escalation on the Hamas radical movement, governing the Gaza Strip.

Recently, the United Nations General Assembly held its 10th emergency meeting on Israel’s response to protests along the border with Gaza, passing a resolution condemning excessive use of force by Israeli soldiers against Palestinians, while the US amendment criticizing Hamas for initiating violence failed to pass after getting only 62 votes.