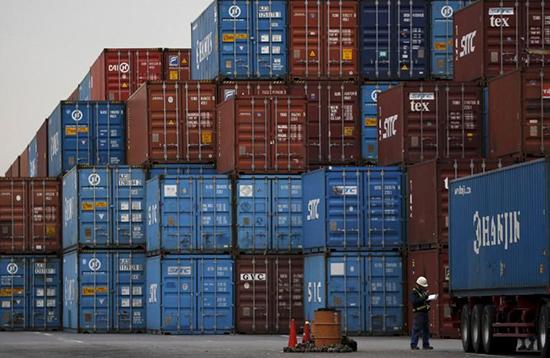 TOKYO (Reuters) – Japan’s exports rose in May at the fastest rate in four months thanks to increased shipments of cars, car parts, and semiconductor equipment, a sign that global demand is gaining strength.

Exports rose 8.1 percent in May from the same period a year ago, more than the median estimate for a 7.5 percent annual increase expected by economists in a Reuters poll. In April, exports grew an annual 7.8 percent.

Exports are likely to continue to grow thanks to increased demand for manufacturing equipment, cars and car parts, but Japan’s trade surplus with the United States makes it a potential target for U.S. President Donald Trump’s protectionist policies.

Imports from the United States rose 19.9 percent year-on-year as imports of U.S. aircraft and coal grew.

The decline in the trade surplus with the United States is unlikely to exempt Japan from White House criticism as President Donald Trump’s administration raises tariffs to lower the U.S. trade deficit and combat what it says are unfair trade policies.

Trump is pushing ahead with hefty tariffs on $50 billion of Chinese imports, and China’s Commerce Ministry has said it would respond with tariffs “of the same scale and strength,” sparking fears of a full-blown trade war.

Trump has imposed tariffs on steel and aluminum imports, which affect Japanese companies, and has also criticized Japan for its low level of imports of American vehicles. “Exports will continue to recover, but I am a little worried about the pace of growth,” said Shuji Tonouchi, senior market economist at Mitsubishi UFJ Morgan Stanley Securities.

“Friction between the United States and China on trade policy could impact Japan. This is a risk factor for Japan and for global trade.”

In terms of volume, which strips out the impact of currency moves, Japan’s exports rose an annual 4.2 percent in May versus a 4.6 percent annual increase in the previous month.

Japan’s overall imports rose 14.0 percent in the year to May, versus the median estimate for an 8.2 percent increase, due to the rising price of oil.