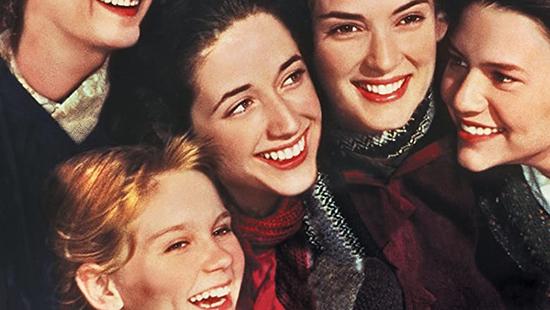 A century and a half before the #MeToo movement gave women a bold, new collective voice, Louisa May Alcott was lending them her own.

Society had far different expectations of women in 1867, when publisher Thomas Niles asked Alcott to write a “girls’ story.” At a time when women were expected to marry, often did not hold employment and could not vote, Alcott had her doubts about the success of Little Women.

Since then, the coming-of-age book has been translated into more than 50 languages and made into films. The novel constantly finds new audiences as women worldwide confront sexual misconduct, misogyny and pay inequity.

“You could say that strong females in literature, TV and every other medium have slowly shaped the minds of modern strong women,” she says.

“We grew up with Buffy, Hermione, Katniss, Jo, Lizzie Bennet, Sara Crewe, among others,” she says, “and so we have almost been groomed to fight for what’s right and to not let others take advantage of us.”

Alcott drew heavily from her experiences living in poverty with progressive parents Bronson and Abigail Alcott and three sisters in Concord, Massachusetts. Although her transcendentalist father led his family through 30 homes, one stands out as the place where “Little Women” was written: Orchard House.

Alcott was 26 when her family moved into the then-dilapidated house in 1858. The enterprising family turned the tenant farmhouse, once slated for destruction, into a place where Ralph Waldo Emerson, Henry David Thoreau and other literary neighbours would drop by for intellectual discussions. Bronson encouraged his wife and daughters to join and built Louisa a desk at a time when writing was considered by scientists to be injurious to the female psyche.

Looking back, says Orchard House Executive Director Jan Turnquist, the Alcotts were feminists. “They believed all humans have agency,” she says.

She tells of how Louisa May Alcott was the first woman to register to vote in Concord in 1879, when Massachusetts gave women the right to vote in town elections on education and children issues.

In 1880, Alcott and 19 other women attended the Concord town meeting and cast their ballots. In a letter to periodical Woman’s Journal, Alcott wrote of voting: “No bolt fell on our audacious heads, no earthquake shook the town.”

Alcott did other unconventional things. At 30, she served as a nurse in the Civil War. She travelled alone when most women could not. And she wrote stories that are the equivalent of a modern-day James Patterson thriller at a time when female authors were not popular.

Although there’s no evidence Alcott was ever sexually assaulted, she was harassed and had to endure misogyny as an ambitious, unmarried woman.

After writing the first part of Little Women in 1868, Alcott received a flood of letters asking if the main character, Jo March, would marry neighbour boy Laurie. Pulitzer Prize-winning Alcott historian John Matteson says, “Her publisher said, ‘You have to marry her off,’ and wanted the character to marry Laurie.”

Alcott was mortified that her mother had to scrape to keep the family going financially. “She knew what a trap marriage could be,” Matteson says. “She very much intended not to marry Jo off at all.”

Alcott appeased Niles, the publisher, by writing in Professor Friedrich Bhaer, a homely German professor, as a husband.

One of Alcott’s goals was to lift her family out of poverty. She took jobs as a teacher, seamstress, writer and, in one instance, a live-in companion for the sick sister of a man named James Richardson.

Instead of having her tend to his sister, Richardson had 18-year-old Alcott do housekeeping and spend evenings listening to him reading romantic poetry. He started slipping suggestive notes beneath her bedroom door and added backbreaking work to her chores as she rejected his advances. She quit, making only $4 for the seven-week stay.

While she hesitates to call that a #MeToo encounter, Turnquist says it was “sleazy and not appropriate,” and bordered on sexual harassment.

Alcott wrote an essay on the experience, which friend James Field, editor of The Atlantic, assessed and said: “Stick to your teaching. You can’t write.”

“She would be so supportive of the #MeToo Movement and equal pay for equal work,” Turnquist says.

This story has been updated to correct the spelling of a character’s name to Katniss, instead of Katnis.