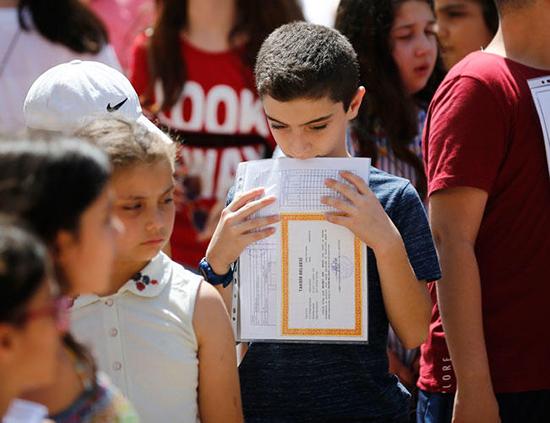 The quality of education in Turkey lags behind the benchmarks of the other 36 member countries of the Organisation for Economic Co-operation and Development (OECD), the OECD has warned in a recent report.

“Equity and quality in education continue to be seen as a challenge by Turkey, which has set several key priorities, such as improving access and completion of upper secondary education, addressing the needs of disadvantaged students and improving equity between regions,” states the OECD’s Education Policy Outlook 2018 report, which was released on June 11.

“Providing education facilities and services to Syrians with temporary protection in Turkeyis another key target reported,” it adds.

In Turkey, the proportion of people aged 18-24 that are neither employed nor in education or training, referred to as “NEETs,” has been recorded as the largest among OECD member countries.

The enrolment rate of three-year-olds in early childhood education and care also has been pointed as very low in Turkey compared to OECD countries. The average rate of those children attending pre-primary educational institutions among the OECD has reached 77.8 percent, while it lingers at just 11.7 percent in Turkey.

The report also questions the quality of education in Turkey, stating that a much-needed increase in this field would help lift economic productivity.

“Turkey needs to address the high levels of skills mismatch and many small entrepreneurs and workers need basic upskilling, as low skills inhibit the growth of productivity and incomes” the report states.