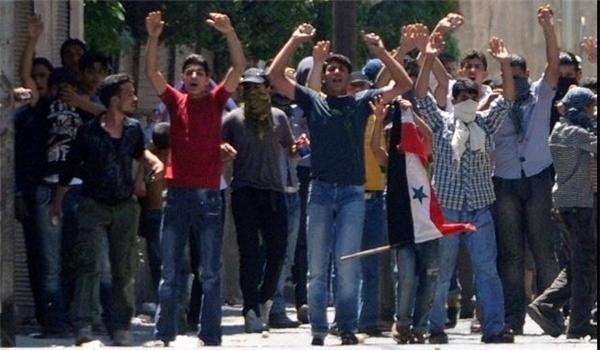 TEHRAN (FNA)- A large number of civilians in the town of al-Bab in Northern Aleppo poured into the streets and called for expulsion of the Turkish Army men and their allied militants from their region, a Kurdish-language media source reported on Sunday.

Hawar news quoted local sources in the village of Qabasin in al-Bab region in Northern Aleppo as reporting that the Turkey-backed terrorists have been looting civilians’ possessions and assets.

In the meantime, the Turkey-backed forces have arrested and killed a number of civilians in the region or have called for a hefty amount of money as their ransom.

Hawar news further warned that infighting among Ankara-backed terrorists and looting people’s assets are underway in the town of Afrin.

In a related development in May, people in the town of al-Bab in Eastern Aleppo engaged again in fierce clashes with a terrorist group affiliated to the Ankara-backed Free Syrian Army (FSA).

A number of people in al-Bab exchanged fire with the FSA-affiliated Sultan Murat Group that left a number of casualties on both sides.

In the meantime, field sources reported that the reason behind the fresh clashes was not specified so far.

The last case of infighting between al-Bab residents and Ankara forces broke out 20 days ago.