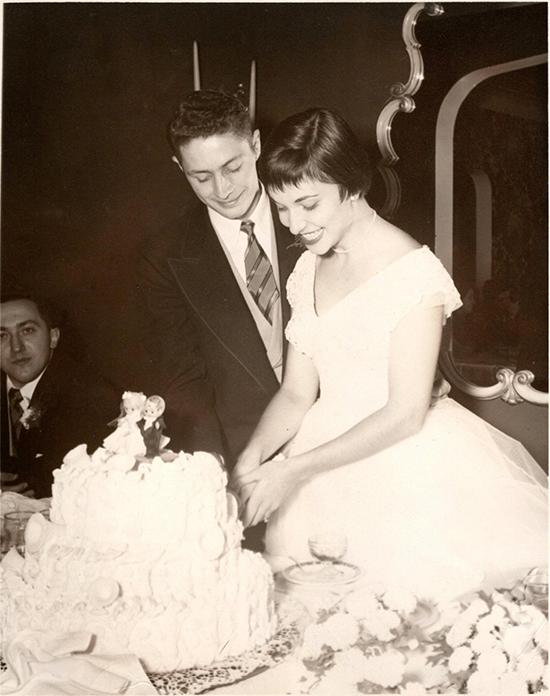 “My father? I never knew him,” Eminem once lamented. “Never seen a picture of him.” His father’s absence drove much of the Detroit rapper’s work and life.

Anyone who’s ever had a violent or abusive father would tell Eminem he was lucky.

For the rest of us who have fathers who did their best to raise and love us, we’re the lucky ones. Indeed, it may be the greatest privilege no one in America is talking about: “The Father Privilege.”

I’m one of the privileged ones. Growing up, my dad was very present. He provided for us. Put a roof over our heads. Put food on the table. And he expected things of us. He expected us to do our best. To be good students. Good people.

My parents got married right after dad graduated college, but they never took time to be a married couple. There were always kids. By the time he was 30, he had four of us to take care of.

Was he ready for it all? Couples didn’t ask that question in the 1950s. They were probably better off.  No matter how long we delay such things, we’re never ready.

I remember as a kid looking at pictures of him before he was the man he became. He looked like a grown-up even in his high school yearbook. As did most of his peers.

Why did he sacrifice so much for us? I learned as I got older that calling what he and my mom did a sacrifice would have irritated them: they were doing what people did. No one back then thought postponing adolescence into their 30s was an option. They started things. Started their lives. Started families and careers.

One picture from his wedding is my favorite: the young groom grinning as he watches his bride cut their wedding cake, celebrating on a rooftop at a neighborhood building.

No wedding planners. No exotic honeymoons. It was a drive to Niagara Falls and back to life.

After he left the Air Force, where he served as an officer training future officers, he started teaching history and coaching hoops at a public school in northern New Jersey.

He became a department head, then assistant superintendent, and one day, he was the boss. There was a sense of inevitability about that outcome. Some people are born to run things.

What were his dreams? The child of immigrant parents, he didn’t think much about such things. His generation was too practical. They didn’t sit around talking about how to change the world. They were too busy trying to change their world.

My dad’s life was a slice of the American Dream. A rental house every summer at the Jersey Shore. Family night at the drive-in movies. A pool in the yard. And a basketball court over the garage.

But he didn’t just provide materially for us: he was always there for us, too. He was an old-school dad. There wasn’t a lot of hugging. Or praise. On the rare occasion he said something nice, it meant something. “Not bad,” he would say after a good effort. If it was a particularly good effort, he would say “not bad” twice.

He wasn’t a man who looked back on life with regret. He had little use for taking his own temperature. He had a temper. I was afraid of him, but not physically. I was afraid to let him down. Disappoint him.

When he yelled, it made me tremble. His temper had that kind of power. I remember the fights he had with my mom. I never understood what the fights were about. What kid does? They probably didn’t know, either. Sometimes, I thought one of them would just call it quits. But always, the next day came. They carried on.

As time passed, the temper faded. As my dad got more comfortable in his own skin, as he was better able to navigate his own emotions, he got calmer. Meet him today, and you’d call him laid-back.

As I got older, I came to appreciate the small things, the daily habits and rituals that my dad and my mom shared. Those rituals and rhythms of life gave me a great sense of stability. A great sense that relationships can last. That love can last.

The coffee he started for my mom every morning. The daily run to the supermarket. The evening coffee out by the pool, listening to WOR on the transistor radio. The early dinners at a local bar for pizza and muscles marinara. The card games, which mom always seemed to win. The habits of love were there for me to observe. And imitate.

The love I witnessed didn’t look like anything I saw in the movies.

It looked like something better. Something within reach. The constancy. The consistency. The mutual understanding. None of it was terribly exciting. But it was good for me. It was good for my parents, too.

“The most important thing a father can do for their children is love their mother,” Father Theodore Hesburgh, former President of Notre Dame University said. My dad was not a religious guy, but he would agree with Hesberg on that point. And he would agree with theologian Dietrich Bonhoeffer, who said this in a letter to his niece before her wedding day: “It’s not your love that sustains your marriage, but from now on, the marriage that sustains your love.”

That lesson may be the greatest my dad taught me: marriage sustains love.

I sometimes think of the writers who’ve written about fathers. Most, I suspect, had bad ones. Or only remembered the bad things their dads did.

“I haven’t been completely fair to my father in my songs, treating him as an archetype of the neglecting, domineering parent,” Bruce Springsteen conceded in his recent memoir, “Born to Run.” Anyone who knows his music knows the ominous role his father played in his catalogue.

It was the birth of Springsteen’s own son that prompted a truce between them. Springsteen tells the story of his dad showing up at his door, and the two men sharing a beer.

“He said, ‘I wasn’t so good to you,'” Springsteen recalled.

“It changed our relationship immediately,” Springsteen recalled about that encounter. “It was a lovely gift.”

Much has been written in academia about white privilege. But the privilege that matters most in life, I’ve come to believe, is “The Father Privilege.”

I know the advantages my father passed along to me. I would not be the man I am today, the husband and father, without his example. He’s 86, and still influencing me.

Turning boys into men is no duckwalk. It’s something the state can’t do. Or a social worker. It’s something mothers can’t do alone, as hard as they may try—and as good and heroic as they are. Fathers are uniquely qualified to do this work. And uniquely situated. Dads play a critical—and underappreciated—role in their daughter’s lives, too.

Though few people in the media or academia are talking or writing about it, fatherlessness may be the single biggest social problem in America. Rates of sexual abuse, academic and discipline problems, incarceration rates, gang activity and even poverty itself all increase dramatically when a dad is not present in children’s lives. The hole it leaves in the hearts of sons and daughters is underappreciated. And devastating.

To all of the good dads out there—not perfect dads, just good ones—thank you. Not enough is written about you, the men in this country taking on the responsibilities and pleasures of fatherhood. And disappointments too.

Your steadiness and steadfastness may not make for good fiction, but it makes for a good life. Your effort to shape the next generation of husbands and fathers is the most important work in America.

Lee Habeeb is a Vice President of Content at Salem Media Group, and is host of Our American Stories, a nationally syndicated radio show and podcast.

The views expressed in this article are the author’s own.​​​