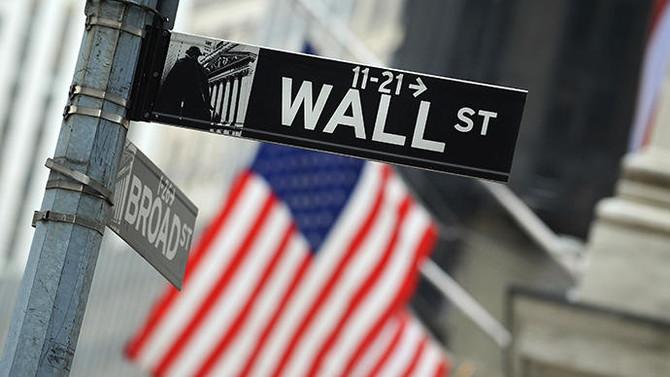 NEW YORK: Fears of tariffs and a potential global trade war have jostled US stocks over the past few months, but there is a sense among investors that the market is taking the drum beat of rhetoric and statements more in stride.
In the latest salvo, US President Donald Trump announced hefty tariffs on $50 billion of Chinese imports on Friday, and Beijing threatened to respond in kind.
But even as the developments threatened to ignite a trade war between the world’s two largest economies, the equity market largely shrugged it off. The benchmark S&P 500 index ended down only 0.1 percent on Friday.
That paled compared to losses earlier in the year that were sparked by fears of a US-China trade war that would be detrimental to economic growth.
“The market has gotten reasonably comfortably numb to this tariff stuff,” said Chuck Carlson, chief executive officer at Horizon Investment Services in Hammond, Indiana. “They are becoming more accustomed to this being a first foray and negotiating tool.”
The US Customs and Border Protection is to begin collecting tariffs on an initial tranche of 818 Chinese product categories on July 6.
“It’s kind of the cry-wolf syndrome,” said Peter Tuz, president of Chase Investment Counsel in Charlottesville, Virginia. “I think people fear the tariffs and the uncertainty about it, but think, ‘OK, this is just another negotiating point.’“
On March 1, the S&P 500 declined 1.3 percent when Trump announced plans for hefty tariffs on steel and aluminum imports to protect US producers.
Later in March, the S&P 500 tumbled 2.1 percent on another day of apparent escalating US-China tensions.
So far, Trump has taken little action beyond tariffs of 25 percent on steel and 10 percent on aluminum on imports from China, the European Union and other countries.
The market has grown more used to Trump’s style, especially when it comes to international affairs, investors said.
“The market is starting to get accustomed to the president, the way the president negotiates, the way the president tries to prove his point,” Carlson said. “There is a growing awareness of how the president tries to do business.”
To be sure, certain areas of the market remain sensitive to rhetoric about trade.
The S&P 500 industrial sector, which includes multi-national companies such as plane maker Boeing and heavy machine manufacturer Caterpillar, has lagged the market since trade war concerns flared in March. Industrials dropped 0.25 percent on Friday, worse than the broader index’s decline.
Steel shares also have been jostled, as investors weigh benefits from protective measures against fears a trade war will undermine global demand.
Auto investors have also been whipsawed by trade policy. Potential higher steel costs stemming from tariffs could hurt car makers, while the Trump administration has launched a national security investigation into car and truck imports that could lead to new US tariffs.
“The prospects of a trade war are fairly significant,” Tuz said. “It’s just an uncertainty that investors haven’t had to deal with for a long time.”