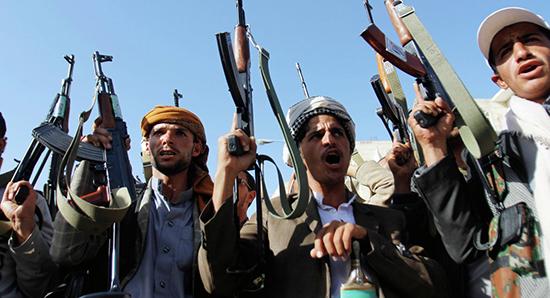 The Saudi Press Agency reported Sunday citing a spokesman of the Saudi-led coalition that the missile was launched from the northern Yemeni Saada province.

According to the media outlet, the missile fell in a remote area and injured only one person.

Yemen has been engulfed in a violent conflict between the government headed by Yemeni President Abd Rabbuh Mansur Hadi and the Houthi movement, also known as Ansar Allah. Since March 2015, the Saudi-led coalition of mostly Persian Gulf countries has been carrying out airstrikes against the Houthis at Hadi’s request.

During the conflict, the Houthis have repeatedly launched missiles from the Yemeni territory targeting different cities in Saudi Arabia.

Recently, the Yemeni government forces, supported by the Saudi-led coalition, launched a full-scale offensive to seize Hodeidah, one of the most densely populated Yemeni areas, which is also a strategic stronghold of the Houthi rebels and a key entry point for humanitarian aid.