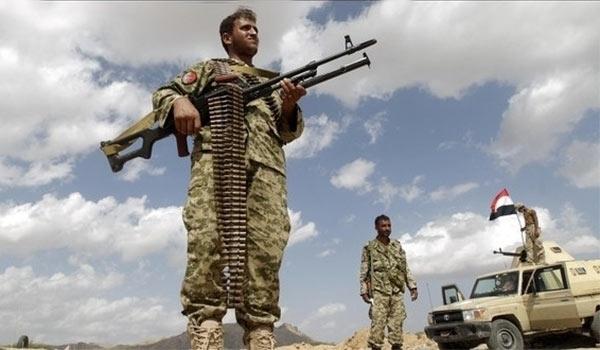 TEHRAN (FNA)- Tens of Saudi-led coalition forces were captured by the Yemeni army on the Western coast of the war-hit country, an Ansarullah official announced.

The Yemeni army forces held captive 160 Saudi-led coalition troops in the Western coast by Saturday, Ali al-Emad, a member of Ansarullah political bureau, was quoted as saying by the Arabic-language al-Mayadeen news channel on Sunday.

“The prisoners were transferred to places out of Hudaydah city to protect them from the hostile air bombing,” he added.

The statement came after the Yemeni army forces announced that they still control Hudaydah city in full, and are imposing a siege on the Saudi-led coalition troops, which tried to attack several areas of the city.

On Sunday, Yemen’s Ansarullah movement dismissed reports that Saudi-led forces had seized the airport in the Red Sea port city of Hudaydah, saying the aggressors were on the retreat on all front lines.

“A battle of attrition awaits the Saudi alliance which it cannot withstand. The Saudi coalition will not win the battle in Hudaydah,” Ansarullah Spokesman Mohammed Abdulsalam told Lebanon-based al-Mayadeen TV.

Abdulsalam warned that the Saudi-UAE offensive against the port city would undermine chances for a peaceful settlement of the Yemen crisis.

Militants and foreign mercenaries armed by Saudi Arabia and the UAE are attempting to capture the well-defended city and push Ansarullah out of their sole Red Sea port in the biggest battle of the war.

Ground troops including Emiratis, Sudanese and Yemenis have surrounded the main airport compound. Mohammed al-Sharif, deputy head of Yemen’s civil aviation, announced that images circulated online about the airport had been taken in October 2016.

Ahmed Taresh, the head of Hudaydah airport, also denied the alleged capture, but said air raids conducted by the Saudi-led coalition have completely destroyed it.