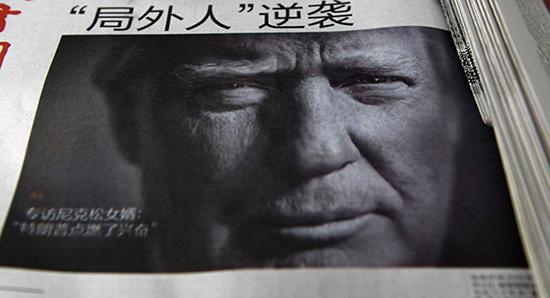 China will take tough response measures if the United States imposes new tariffs on Chinese goods, the country’s Ministry of Commerce said on Tuesday. The tit-for-tat measures between the countries follow Trump’s comments on the US trade deficit with China, which he has cited as being in excess of $500 billion per year.

According to the ministry’s statement published on its official website, China would take comprehensive measures to “fight back firmly.”

“If the US side finally loses its mind and issues a new list, the Chinese side will be forced to take comprehensive quantitative and qualitative measures and provide a tough response,” the ministry’s statement read. According to the statement, China regards the potential tariffs as a threat and blackmail, contradicting the agreements that had been reached over the course of numerous consultations.

On Monday, Donald Trump directed US Trade Representative Robert Lighthizer to identify some $200 billion in Chinese goods to subject to a 10 percent trade tariff.

The new US tariffs follow a set imposed on Friday and would go into effect “if China refuses to change its practices and also if it insists on going forward with the new tariffs that it has recently announced,” Trump told reporters Monday. Tariffs at a 25 percent rate, worth $50 billion, came Friday and targeted China’s technology imports from the United States.

“Therefore, today, I directed the United States Trade Representative to identify $200 billion worth of Chinese goods for additional tariffs at a rate of 10 percent,” Trump said on Monday.

However, on Friday, China threatened to tax natural gas and crude oil imports from the United States. China is reportedly the biggest buyer of US crude imports.

Then, on Saturday, China’s Commerce Ministry announced “equal scale” tariffs against US electric cars, soybeans and whiskey. The 25 percent duty will come into effect on June 25.

On Monday, US Secretary of State Michael Pompeo slammed China as the main violator of fair trade practices in the entire global econom.

“Everyone knows today that China is the main perpetrator,” Pompeo said during a speech at the Detroit Economic Club.

The announcement of new US tariffs and Chinese retaliatory measures is the most recent episode in the trade spat between the United States and China.

On May 17-18, the two countries held talks in Washington to discuss their trade disagreements. During the negotiations, Beijing and Washington agreed to take measures to reduce the United States trade deficit in goods with China, according to the joint statement on the results of the negotiations.

On May 20, US Treasury Secretary Steven Mnuchin said the United States and China had both put tariffs on hold and agreed to a framework for a trade deal.

Tensions between Washington and Beijing initially erupted after Trump, who has repeatedly pledged to fix the US trade deficit with China, announced in March that his administration would impose tariffs on imported steel and aluminum. Beijing, in turn, said it would introduce retaliatory measures against the US trade policies.