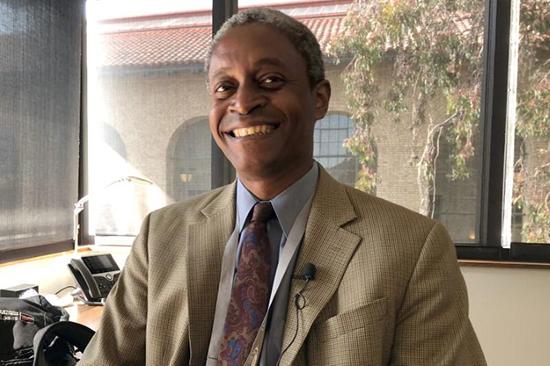 SAVANNAH, Ga. (Reuters) – The U.S. economy “appears to be in a pretty good place” that should let the Fed continue its steady program of raising interest rates, Atlanta Federal Reserve bank president Raphael Bostic said on Monday, though he feels only one more such increase is needed this year.

Bostic said the Fed’s target policy rate was “getting close” to a neutral setting that neither encourages nor discourages spending and investment, and that the Fed should ease toward that mark as it looks for evidence it has been reached.

“I am still at three” rate increases for the year, Bostic said. “We are going at a nice steady pace and I am going to let data inform how rapidly I think we need to be moving…I have not seen anything to suggest we need to do more.”

The Fed has increased rates twice this year, and at its meeting last week the median forecast for policymakers shifted to two additional rate moves by the end of the year.

Bostic said the hope is to land the economy in a sweet spot of continued low unemployment and stable inflation.

Recent strong growth has put those two goals in view. But it has also raised the stakes for the Fed as it tries to reach a neutral rate of interest without going too far and actually restricting the economy.

Unlike the interest rate that the Fed itself sets or that a bank charges on a credit card, the neutral rate exists only as a concept, a sort of background variable that would equate the demand and supply of money without influencing how people make economic decisions.

“Our job has gotten a lot harder” as the Fed must now decide when it might safely pause the current round of rate increases without impacting the recovery or risking an uptick in inflation, Bostic said.

“I want to make sure we…don’t miss something that suggests the economy is in a position where a too aggressive stance puts the brakes on growth.”

The Fed last week raised rates for the seventh time since Dec. 2015. Along with other policy tightening, consumers and businesses are now paying more for mortgages, auto loans and other forms of credit.