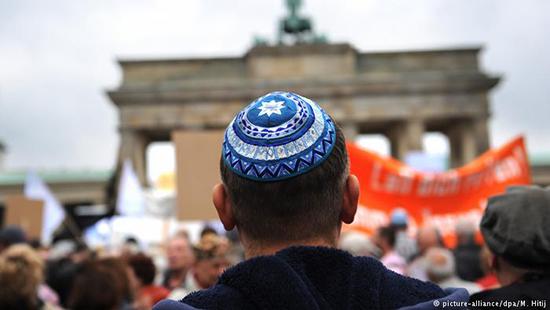 The attack of two men wearing kippas – also known as yarmulkes – on a street in Berlin caused outrage in Germany. The suspect will face a judge on charges of hate speech and aggravated assault.

The trial against a 19-year-old Syrian man who attacked two men wearing kippas, the traditional male Jewish head coverings also known as yarmulkes, on a street in Berlin, is set to take place Tuesday.

The attack, which was caught on video, took place in April in the Berlin district of Prenzlauerberg. The disjointed images three suspects, one of which hurled verbal abuse and stroke one of the victims with his belt. The man also yelled the word “Jew” in Arabic. The attacker turned himself in to authorities days later.

The victims, one of whom shot the video, were not in fact Jewish. One of them, who identified himself as Adam, spoke to DW in April about the incident and explained that the kippa had been a gift from a friend who had told him it was “unsafe” to wear out in the open.

The trial will take place at a court in the Berlin district of Tiergarten and the defendants, which include the men present at the scene, are charged with aggravated assault and hate speech.

According to court sources, a judgement on the case could be delivered on Tuesday.

The incident has shocked people in Germany and around the world and raised alarm about growing anti-Semitism in Germany.