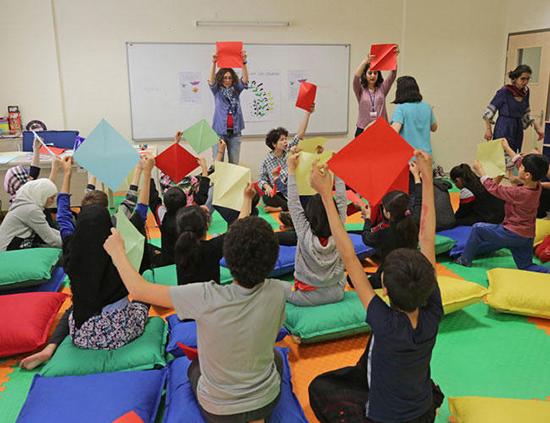 The repatriation center in Aegean province of İzmir’s Harmandali district has been shown as a positive example in terms of conditions and social services.

“It has been observed that the physical conditions and social reinforcements are in good condition and the staff members of the centers have become professionals in their fields,” said the Turkish Parliament’s human rights commission report, which was approved on Nov. 8, 2017.

The parliamentarians Atay Uslu, Sait Yüce, and Leyla Şahin Usta from the ruling Justice and Development Party (AKP), Şenal Sarıhan from the main opposition Republican People’s Party (CHP), and Ruhi Ersoy from the Nationalist Movement Party (MHP), also noted that they did not receive any complaints from the residing migrants regarding the management of the facilities or treatment by staff members.

On Oct. 24-25, 2017, they visited two of the six repatriation centers in Turkey in Harmandalı and in the western province of Aydın.

The Harmandalı Repatriation Center has a capacity to host 750 people. It has 126 rooms, a medical block, a psycho-social health service, a place of worship, a library, a TV room, internet room, laundry room, sports facilities, playrooms for kids, a canteen, and a hairdressing hall.

The residents, mostly undocumented migrants, can call their lawyers or interpreters via phone anytime. Foreigners involved in terrorism, working illegally, posing a threat to public order, whose visas have expired at least 10 days ago or whose applications for international protection have been rejected may also stay at repatriation centers.

The deportation of terror suspects should be carried out in at least in six months, according to international law. Thus, they are not supposed to stay at the center longer than that. However, if the foreign person does not collaborate or provide the necessary information about his or her origin, the period may be extended to one year.

“Notifications about administrative detention and deportation decisions, and the legal procedures and rights have been in 17 languages,” the report said.

It was also pointed out that some foreigners residing at the repatriation center legally challenge the decisions of the Turkish government, filing suits in the courts.