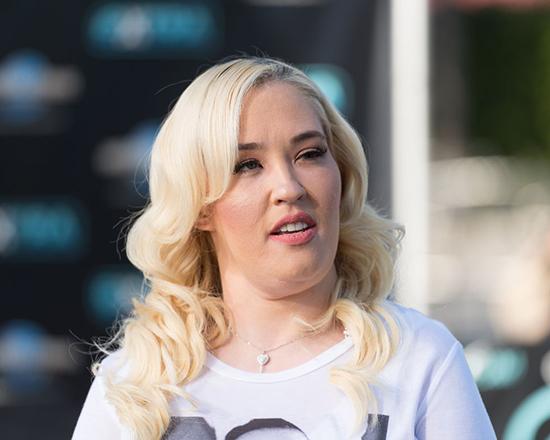 She apparently “can’t stand” bread or pasta (lucky her).

IDK about you, but I still can’t get over June Shannon (a.k.a. Mama June) and her dramatic weight loss. (Guys—300 pounds—that’s a big freakin’ deal!)

Even more: The 38-year-old been super honest about the entire thing—including how she’s gained back a little of the weight recently. But now, she says she’s found a new (popular) strategy to keep the rest of the weight off and maybe lose some more: the keto diet.

Mama June? On the keto diet? I need more details.

Some context: In promo trailers for the upcoming season of her new show Mama June: From Not To Hot, Mama June—who was down to a size four at one point—struggles to fit into a size eight dress (#relatable).

“I have gained some weight back. I’ve gained about 25 pounds,” Mama June said during a recent BUILD Series interview. “I can’t believe I gained a little bit more weight than I thought I did in the last few weeks.”

And while Mama June says she generally feels “more confident” at her current weightof 185 pounds, she said in her BUILD Series interview that she’s now embraced the keto diet. “I’ve tried the keto diet, and it’s not that bad,” she said. “It’s like cheese, eggs, the protein, the meat. And you honestly lose weight with that.”

In case you’re not familiar with it, the keto diet focuses on minimizing the amount of carbs you eat and increasing your fat intake, in order to get your body into a state known as ketosis (when it burns fat as a source of fuel instead of carbs).

Apparently this wasn’t a huge stretch for Mama June, who said she “can’t stand” bread and pasta (I can’t relate, girl).

Worth pointing out: Mama June didn’t lose 300 pounds on keto—she did that through a gastric sleeve surgery and healthy eating—but she says it’s helped her lose some of the weight she’s gained back and to maintain her initial weight loss.