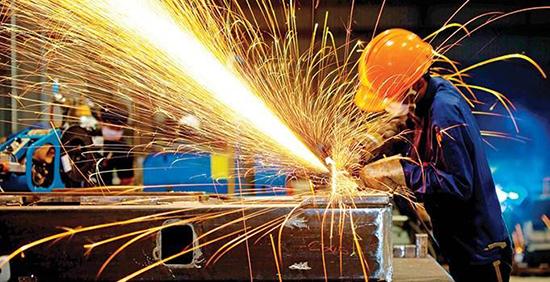 “We are establishing mega industry zones in five regions of Turkey. We will upgrade Turkey’s industry and technology by providing employment to 100,000 people,” Erdoğantweeted on June 17, state-run Anadolu Agency reported.

He shared the details of the project in an attached graphic titled “National Breakthrough in Industry” in the tweet, which said 45 billion Turkish Liras ($9.5 billion) of investment will be made in the first stage of the project, providing 35,000 jobs.

Key snap presidential and parliamentary elections are set to take place on June 24, amid a flurry of extravagant promises from the government.

Meanwhile, Cemil Ertem, one of Erdoğan’s top economy advisers, has vowed that a series of new steps will be taken to decrease the country’s youth unemployment,

Software and coding training will be offered to young people immediately after the elections in cooperation with the Higher Education Board (YÖK), the employment agency (İŞKUR) and universities, Ertem said in a televised interview on state TRT Haber on June 18.

Turkey’s unemployment rate eased to 10.1 percent, the country’s official statistics agency revealed on June 18, but it remains in double digits.

The youth unemployment rate, including persons aged 15-24, was 17.7 percent, a 3.7 percentage point decrease in March.