The pipeline constraints in the Permian basin have become a hot topic lately, not least because of the steep discounts that oil producers in West Texas have been forced to accept. But the midstream bottlenecks might not get resolved soon, raising questions about the growth prospects of the Permian, and thus, the entire U.S. shale complex.

The Permian pipelines are essentially at full capacity, which means that ongoing increases in output are forcing producers to try to find creative ways to get their oil to market, including shipping oil on trains and trucks, or consuming the oil locally. Ultimately, however, these methods might not be enough to soak up all the expected increase in supply.

The constraints have not yet significantly altered oil growth forecasts, whether it be from the IEA, EIA, OPEC, or a range of private sector analyses. However, Goldman Sachs says that it sees the pipeline problems lingering for quite some time, and efforts to resolve the bottlenecks do not appear to be imminent.

“Neither public nor private producers appear on track at present to narrow the 0.2-0.4 million bpd of regional oversupply we see in 1Q-3Q 2019,” Goldman Sachs wrote in a note, adding that “there was little optimism among most producers that there would be suf?cient trucks entering the region on a temporary basis to ?ll the gap.”

The lack of resolution for takeaway capacity will mean the painful discounts that shale producers are starting to see will stick around for a while. “We continue to see Permian oil prices of around $50/bbl in 2Q/3Q 2019 and a discount to Gulf Coast prices of around $19-$22 per bbl in 4Q18-3Q19,” Goldman wrote.

That only magnifies the recent conclusion that some analysts have come to, which is that the Permian is now made up of “Haves” and “Have Nots.” That is, shale companies that have lined up pipeline capacity under contract should emerge from this period unscathed, while those shale companies, often smaller ones, that have failed to secure pipeline space are suffering from the discounts. Goldman has Buy ratings for Occidental Petroleum, Pioneer Natural Resources and WPX Energy because of either secure pipeline contracts or because production is hedged at fixed prices for the next year.

Goldman Sachs analysts recently met with Permian producers, and came to the conclusion that drilling activity has not slowed all that much. Even for a handful of drillers without secure pipeline space, the fact that oil prices have moved up significantly over the past year means that they still think they will spend within their cash flow, even after taking into account the discounts. Obviously, the shale industry is not monolithic, and some drillers are leaving open the option to cutback, but Goldman said one of its key takeaways was that the pace of drilling is continuing at a high rate.

But the price discount for oil in Midland will widen from around $9 per barrel this month, to between $14.50 and $17 per barrel for much of 2019. The bank predicts that when the current slate of pipeline projects come online, the discount will vanish by 2020, but until then, the problem could grow progressively worse.

There will be a period of time in 2019 when U.S. shale production has grown significantly from current levels, but new pipelines will still be under construction, which means the discounts will increase. The gap between production and takeaway capacity will grow over that period, meaning drilling will ultimately have to slow down.

However, here is where things get tricky. The investment bank warned that it isn’t clear how trucks will handle the load. “Without greater visibility on how trucking can ramp to meet this call or a large pipeline solution, risk to our base case Midland price of $50/bbl in 2Q-3Q is skewed to the downside as, all else equal, Permian production growth would need to further slow in 2019 to help alleviate the bottlenecks.”

The investment bank said that because there is already a bit of shortage of truckers nationwide, the shale industry does not expect that trucking will be a meaningful solution to the lack of takeaway capacity, especially because the need for trucks will be temporary.

Up until now, Goldman had assumed that the 0.4 mb/d of surplus supply would have to be resolved somehow, and it assumed a 50/50 split between moving oil by trucks and production cutbacks. But after meeting with Permian producers, the investment bank is not as confident in trucks as a solution. But it also didn’t come across a lot of companies that had plans to reduce production.

That raises a lot of unanswered questions for the basin and for investors in these companies. “[T]he combination of companies not overtly indicating plans to slow/delay activity while simultaneously re?ecting bearish view on trucking capability is likely to drive continued investor concern on the potential for Permian differentials to widen further,” Goldman wrote. 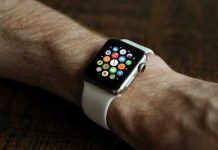 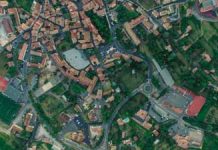