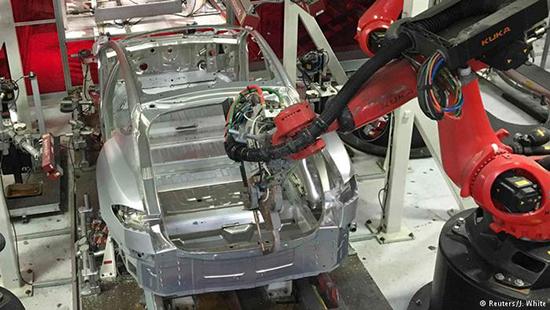 The chief executive of US electric carmaker Tesla has warned staff about an unnamed employee who has conducted “extensive and damaging sabotage.” He also described a recent fire at the firm as “hard to explain.”

In an email to staff, Tesla CEO Elon Musk accused an unnamed employee of extensive and damaging sabotage that had harmed the company’s operations.

“The full extent of his actions are not yet clear, but what he has admitted to so far is pretty bad,” the CEO wrote. “His stated motivation is that he wanted a promotion that he did not receive.”

‘Many want us to die’

Musk added the company would be investigating the matter this week, emphasizing that the firm needed to determine if the person had acted alone or in concert with “any outside organizations.”

“As you know, there is a long list of organizations that want Tesla to die,” Musk wrote, mentioning Wall Street short-sellers, oil and gas companies and rival car manufacturers, but naming none.

In a separate email to staff, Musk said there had been a fire at the company’s production line. He described it as “a strange incident that was hard to explain.” The chief executive hinted the fire could have been deliberate.

“Could just be a random event…., but only the paranoid survive.”

Tesla is currently dealing with problems in the production of its Model 3 car.

The sedan is key to the company’s efforts to generate revenue needed to repay investors and push development of other electric vehicles.

Model 3 production began in the middle of last year and already is six months behind the original schedule. Tesla aims to produce 5,000 units per week by the end of June, up from its current rate of 3,500 cars per week.