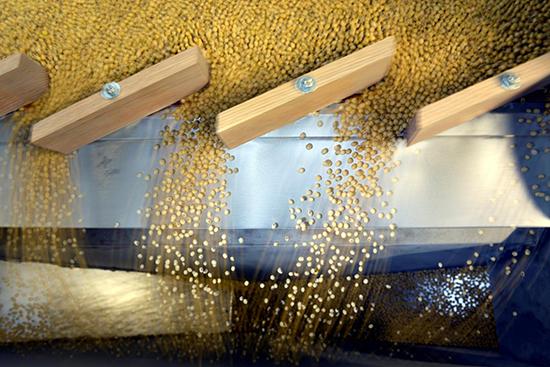 CHICAGO (Reuters) – President Donald Trump’s tariff battle with key buyers of U.S. apples, soybeans and corn threatens the support of some of his biggest backers – U.S. farmers now seeing their livelihoods in jeopardy.

“A lot of people in the ag community were willing to give President Trump the benefit of the doubt,” said Brian Kuehl, executive director of Farmers for Free Trade. “The reason you are seeing people increase the pressure now is because the pressure is increasing on them. Now the impact is really starting to hit. It is not something you can just take lightly.”

His group, along with the U.S. Apple Association, will start running television ads on Tuesday attacking Trump’s tariffs in Pennsylvania and Michigan, apple-growing states that could play a role in which party controls Congress after the November elections.

Trump, a Republican, has said farmers will not become a casualty in any trade war, floating ideas like subsidizing those hurt by tariffs.

Even before trading partners imposed tariffs, U.S. farmers were facing a tough year. Net farm income was expected to fall 6.7 percent to $59.5 billion in 2018, according to the U.S. Agriculture Department.

Now an even more bearish tone hangs over agricultural markets due to trade spats with NAFTA partners Canada and Mexico, plus mounting tensions with China and Europe.

After Trump imposed tariffs on steel and aluminum imports, Mexico imposed a 20 percent tariff on imports of U.S. apples, potatoes and cranberries.

Last week, Trump imposed $50 billion in tariffs on China. Beijing retaliated with a 25 percent tariff on U.S. soybeans and other goods starting July 6, sending soybean futures Sc1 to a two-year low and throwing into doubt forecasts for U.S. soybean exports to rise 11 percent this marketing year.

China’s tariffs could contribute to a 30 percent drop in income for Ohio corn and soybean farmers this year, said Ben Brown, manager of an Ohio State University farm program.

If the tariffs stay in place, net farm income in Ohio could drop as much as 63 percent in 2019, he said.

Last week, the American Soybean Association said it was disappointed and for weeks had implored the Trump administration to “find non-tariff solutions to address Chinese intellectual property theft and not place American farmers in harm’s way.”

The group added that the White House has ignored its requests for meetings.

The timing also hurts farmers, as it is too late in the season for farmers to adjust planting plans.

“Crops are in the ground and will soon be ready for harvest,” said Casey Guernsey with Americans For Farmers and Families. “We need the certainty of knowing that there will be market availability in order to sell them.”