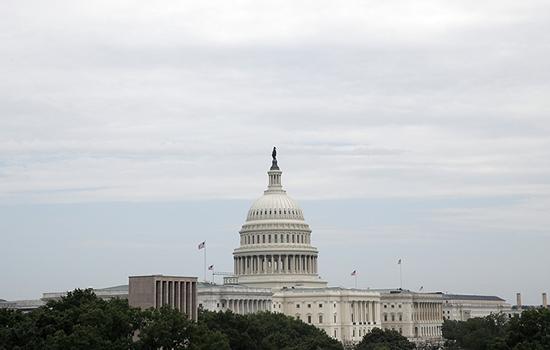 The prohibitions set forth in Article VI of the INF Treaty that bans its participants from production of intermediate-range and shorter-range missiles, their tests and construction of launch platforms

WASHINGTON, June 19. /TASS/. The US Senate has adopted the National Defense Authorization Act for fiscal year 2019, which contains a section envisioning Washington’s actions regarding the Intermediate-Range Nuclear Forces (INF) Treaty, at a meeting on Monday.

The prohibitions set forth in Article VI of the INF Treaty that bans its participants from production of intermediate-range and shorter-range missiles, their tests and construction of launch platforms, “shall no longer be binding on the United States as a matter of United States law,” unless President Trump certifies to the appropriate congressional committees within one year that “the Russian Federation has returned to full and verifiable compliance with the INF Treaty,” the Senate said.

“None of the funds authorized to be appropriated or otherwise made available for fiscal year 2019 for the Department of Defense may be obligated or expended to extend the implementation of the New START Treaty” until the President raises “the issue of covered Russian systems in the appropriate fora with the Russian Federation under Article V of the New START Treaty or otherwise,” the document said.

Moscow is requested to respond in writing “as to whether they will agree to declare the covered Russian systems as strategic offensive arms or otherwise pursuant to the New START Treaty.”

Washington for the first time accused Moscow of violating the INF Treaty back in July 2014. The US has since repeated this claim more than once. Russia emphatically dismissed it saying the US charges did not hold any water. For its part, Russia struck back at the US with counterclaims that Washington has violated the INF Treaty.

The Treaty was signed in Washington on December 8, 1987, and took effect on June 1, 1988. It eliminated operational and non-operational medium range (1,000-5,500 kilometers) and shorter range (500-1,000 kilometers) ground-launched missiles. By June 1991, the Soviet Union had eliminated 1,846 missiles, while the United States rolled back its arsenal to 846. The inspections activity ended in May 2001.