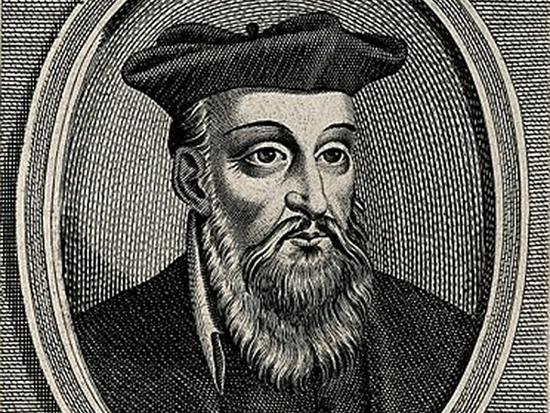 From the co-founder of Apple to “the Godfather of Soul,” some of the most legendary individuals have left behind parting words that will seriously give you goosebumps.

Here are some of the most iconic final phrases that have been confirmed, reported, and alleged.

Nostradamus: “You will not find me alive at sunrise.”

The French astrologer and physician became known for his prophecies throughout the 1500s. On the night before his death, he allegedly stated, “You will not find me alive at sunrise.” It is said to be his final accurate prediction.

Brown, the “Godfather of Soul,” had been sick for several months before passing away from congestive heart failure in 2006. He reportedly told Charles Bobbit, his friend and manager, “I’m going away tonight,” according to CNN.

Johnny Ace: “I’ll show you that it won’t shoot.”

During an intermission at one of his shows, the R&B singer went to his dressing room and began playing with a pistol. When others saw that he had a gun in his hand, Ace reportedly said, “I’ll show you that it won’t shoot.” He then pressed the pistol against his head and pulled the trigger, according to “Big Mama Thornton: The Life.”

Emily Dickinson: “I must go in, the fog is rising.”

The renowned American poet died of Bright’s disease in 1886 and in her final days, she was only able to write brief notes to her niece. Dickinson’s final message contained the words, “I must go in, the fog is rising.”

Lewis Carroll: “Take away those pillows. I shall need them no more.”

Battling pneumonia, the writer calmly faced his impending death in early 1898. While Carroll laid in bed to recuperate, his sisters attempted to make him comfortable by propping him up with pillows. Carroll ominously told his sisters, “Take away those pillows. I shall need them no more.”

The next day, the “Alice’s Adventures in Wonderland” author died.

The brilliant co-founder of Apple succumbed to pancreatic cancer in 2011. According to his sister’s eulogy, which was published in The New York Times, Jobs’s last words were simply, “Oh wow. Oh wow. Oh wow.”

Victor Hugo: “Here is the battle of day against night. I see black light.”

Hugo, who is considered one of the greatest French authors of all time, suffered a stroke in May 1885. Days later on his deathbed, the “Les Miserables” author remarked as he was dying, “Here is the battle of day against night. I see black light.”

The legendary filmmaker died of natural causes in 1980 at the age of 80. As Hitchcock was dying, he reportedly said, “One never knows the ending. One has to die to know exactly what happens after death, although Catholics have their hopes.”

George Orwell: “At 50, everyone has the face he deserves.”

The last words that Orwell wrote before he died were: “At 50, everyone has the face he deserves.” The writer died at the age of 46.

Sign up here to get INSIDER’s favorite stories straight to your inbox.