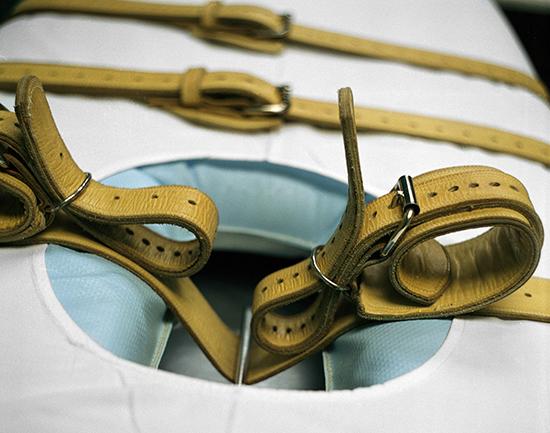 On Monday, the Supreme Court announced it would not stop South Dakota from killing a man who may have been sentenced to death because he is gay.

Some of the jurors who imposed the death penalty on Charles Rhines, who was convicted of murder, have said they thought the alternative — a life sentence served in a men’s prison — was something he would enjoy as a gay man.

During deliberations, the jury had often discussed the fact that Mr. Rhines was gay and there was “a lot of disgust” about it, one juror recalled in an interview, according to the court petition. Another said that jurors knew he was gay and “thought that he shouldn’t be able to spend his life with men in prison.” A third recounted hearing that if the jury did not sentence Mr. Rhines to death, “if he’s gay, we’d be sending him where he wants to go.”

The justices rejected Mr. Rhines’s plea to hear his bias claim, allowing his death sentence to stand despite disturbing evidence that it may have been the result of anti-L.G.B.T. animus. As usual, the court gave no explanation for its decision not to review the case. But its silence sent a deeply troubling message about the value placed on the lives of L.G.B.T. people.

In court papers opposing Mr. Rhines’s request for a fair sentence, South Dakota attempts to brush off this last remark as a “stab at humor” that didn’t land well. But a note from the jury to the sentencing judge leaves little doubt that this extraordinary assumption infected the jury’s decision-making process: “We know what the death penalty means. But we have no clue as to the reality of life without parole.”

In that note, the jurors went on to ask a series of questions aimed at whether Mr. Rhines would be in proximity to other men in prison. Would he “be allowed to mix with the general inmate population?” Would he be permitted “to discuss, describe or brag about his crime to other inmates?” Would he “have a cellmate?”

In other words, some members of the jury thought life in prison without parole would be fun for Mr. Rhines. So they decided to sentence him to death.

Juror deliberations are considered sacrosanct, but last year the Supreme Court carved out an important exception for cases of racial bias in the jury room. In a race discrimination case, there was evidence that the jury decided to convict an accused man of unlawful sexual contact and harassment because “he’s Mexican, and Mexican men take whatever they want,” in the words of one juror. The Supreme Court rightly found that such racial animus interfered with an accused’s person right to a fair and impartial trial.

The same rule should apply when anti-L.G.B.T. prejudice taints juror decision-making. To be sure, the history of racism in America is unique and demands unique safeguards. But that does not make anti-L.G.B.T. discrimination any less objectionable, particularly when it may have made the difference between life and death.

It’s difficult to square allowing the state to execute Mr. Rhines because of his sexual orientation with the Supreme Court’s observation this month that states should prevent the harms of discrimination against L.G.B.T. people. And while bias in the criminal justice system is not always explicit, it was in Mr. Rhines’s case. That makes the court’s decision not to step in even more alarming.

Sadly, the court will almost certainly be presented with more requests to review convictions or sentences poisoned by anti-L.G.B.T. bias. It should take the next opportunity to correct this mistake and recognize that prejudice against people who are L.G.B.T. should play no role in America’s criminal justice system.

However, that will probably come too late for Mr. Rhines.