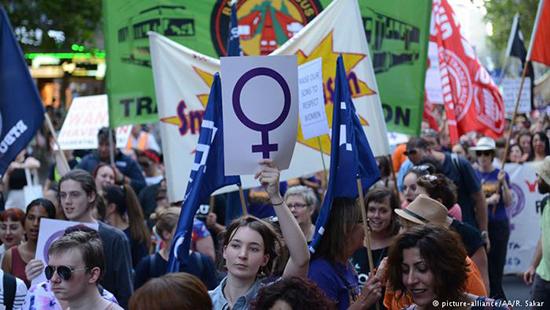 The Australian Human Rights Commission said the inquiry was believed to be the world’s first in response to #MeToo. It will examine the many sides of workplace sexual harassment and make recommendations.

Australia launched a national inquiry into workplace sexual harassment on Wednesday, inspired by the global #MeToo movement, which has exposed the prevalence of the problem.

The Australian Human Rights Commission (AHRC) said the 12-month independent inquiry is believed to be the first such national process taken by any country in response to #MeToo.

“Recent prominent international and national coverage has highlighted the prevalence and detrimental impact of sexual harassment on individuals and organizations. This inquiry will be a positive and meaningful step forward in reducing sexual harassment at work and ensuring that, where it does occur, it is dealt with carefully and appropriately,” Minister for Women Kelly O’Dwyer said.

The inquiry will examine the causes of sexual harassment in the workplace, the role of technology and social media in perpetuating the problem, as well as the legal framework.

As part of the inquiry, employers and the public will be able to submit their experiences with sexual harassment and best practices in combating it before the commission develops recommendations.

“Importantly, the inquiry will provide employees, employers and all members of the public with an opportunity to participate in developing a solution to ensure Australian workplaces are safe and respectful for everyone,” said Sex Discrimination Commissioner Kate Jenkins, adding that there will be a review of complaints made to state and territory anti-discrimination agencies.

The inquiry will also examine the economic impact of sexual harassment.

A 2012 national survey found that 20 percent of Australians over age 15 have been sexually harassed, with 68 percent of those experiencing it in the workplace.

Jenkins said a new survey to be released in August is expected to show an increase in rates of sexual harassment.

Sexual harassment often goes unreported, but a number of high profile individuals coming forward with their stories in the wake of the Harvey Weinstein scandal and the #MeToo movement has emboldened more women to share their experiences.