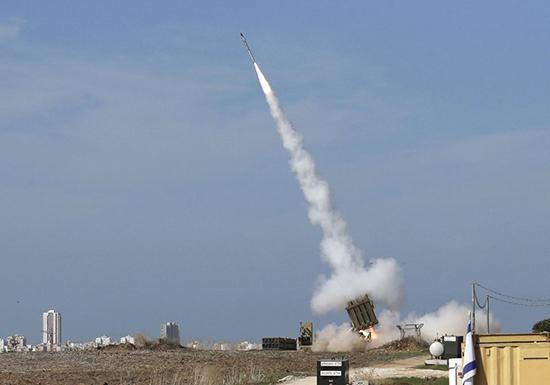 No injuries reported, but damage caused to buildings, vehicles in southern Israel. School to be held as normal.

Dozens of Hamas rockets were fired on Israel from the Gaza Strip late Tuesday night and early Wednesday morning.  At least three projectiles landed in Israeli communities causing no injuries, but slight damage to buildings and vehicles in southern Israel.

The  IDF spokesperson’s office reported that seven rockets were intercepted by the Iron Dome and three of those fired landed within the Gaza Strip.

Residents of the south got little sleep as warning sirens blared throughout the night. Early Wednesday morning, it was decided that schools would remain open, under increased security protection.

The escalation began after Israeli fighter jets attacked three targets in a Hamas base located in the southern part of the Gaza Strip.

The strikes came in retaliation to the ongoing launching of incendiary kites and balloons into Israeli territory all throughout Tuesday. These makeshift devices sparked forest and brush fires in 15 locations in the Gaza periphery.

In a second round of IAF activities, eight targets were struck including three Hamas bases.

During a third round of IAF operation, eleven targets were struck in retaliation for the rockets being fired on Israel, including four Hamas bases, the IDF spokesperson reported.

The IDF warned that it is ready to use “a variety of tools and means” to respond in an increasing intensity to such acts of terror.

Minister for Regional Cooperation Tzachi Hanegbi stated Tuesday that “there was never any idea” voiced in the cabinet to open fire on Palestinians who are flying incendiary kites into Israel.

“We do not kill those who launch kites,” Hanegbi stated, “the cabinet backs the position of the security forces that as long as this will go on more and more Hamas assets will be bombed.”

Since its last war with Gaza’s dominant Hamas Islamists in 2014, Israel has stepped up efforts to prevent cross-border attacks, improving rocket interceptors and investing in technologies for detecting and destroying guerrilla tunnels.

In recent weeks, Palestinians have sent kites dangling coal embers or burning rags across the Gaza border to set fire to arid farmland and forests, others have carried small explosive devices in a new tactic that has caused extensive damage.

At least 127 Palestinians have been killed by Israeli troops during mass demonstrations along the Gaza border since March 30 and the men sending the kites over the fence believe they have found an effective new weapon.