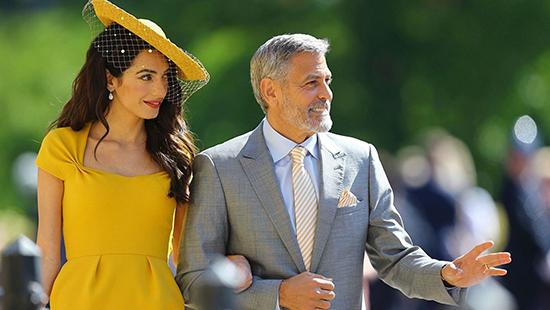 George and Amal Clooney are doing what they can to help the migrant children who have been separated from their families.

After welcoming children of their own, twins Ella and Alexander, the couple debated how their kids would react upon hearing about what’s going on at the Mexico-US border.

“At some point in the future our children will ask us: ‘Is it true, did our country really take babies from their parents and put them in detention centers?’ And when we answer yes, they’ll ask us what we did about it. What we said. Where we stood,” the Clooneys told People. “We can’t change this administration’s policy but we can help defend the victims of it.

“Today, the Clooney Foundation for Justice will donate $100,000 to the Young Center for Immigrant Children’s Rights,” they added.

The couple’s donation is just the latest philanthropic action they’ve taken in recent months. In February, they donated $500,000 to the Parkland students’ DC march.

This story originally appeared in the New York Post.