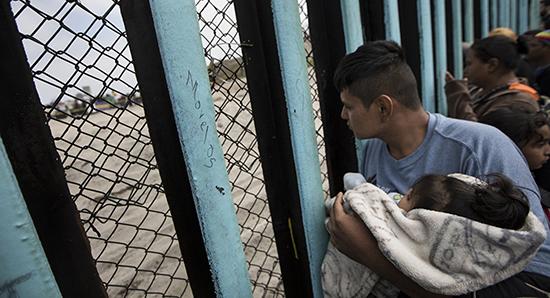 WASHINGTON (Sputnik) – US President Donald Trump during a speech on Tuesday said he is going to amend his immigration policy after consultations with Congress because he does not want children “taken away from their parents”.

“We have a House that’s getting ready to finalize an immigration package that they’re going to brief me on later, and that I’m going to make changes to,” Trump told an audience at a National Federation of Independent Businesses event. “We want to solve family separation. I don’t want children taken away from parents.”

Trump said he needed Democratic votes to make changes to a “horrible, rotten” immigration system and to close loopholes that have enabled child traffickers.

“Hundreds of millions of dollars we give to some of these countries, and they send them [illegal immigrants],” Trump told an audience at a National Federation of Independent Businesses event. “I’m going to go, very shortly, for authorization that when countries abuse us by sending their people… we’re not going to give any more aid to those countries.”

Trump said he also wants “legal authorities and the resources to detain and remove undocumented immigrant families all together and bring them back to their country.”

The president called it a “responsible, commonsense” approach to fix the immigration crisis that all lawmakers should embrace including Democrats, whom the president accused of loving open borders.

The Trump administration has come under intense criticism for its border policy after recent images from a detention center in Texas showed children locked up in cages.

Almost 2,000 immigrant children were forcibly separated from their parents between April 19 and May 31 following arrests involving illegal entry into the United States, according to the Department of Homeland Security (DHS).