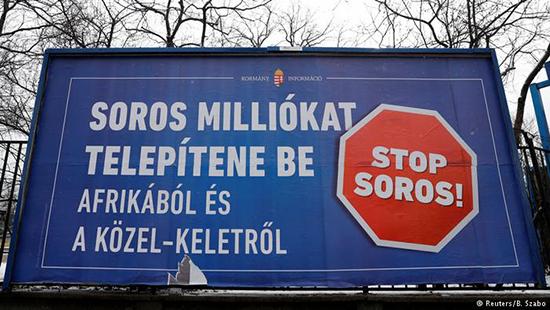 The legislation would criminalize aid to illegal immigrants and is punishable with up to one year in jail. Hungary chose to consider the bill before the European Commission was able to submit its conclusion on it.

Hungarian Foreign Minister Peter Szijjarto said on Tuesday that his country’s parliament would proceed to vote on the “Stop Soros” bill as early as Wednesday, despite the recommendation of the Council of Europe to wait until the council had submitted a review of the bill.

The “Stop Soros” legislation would make it illegal for people or organizations to provide help to illegal immigrants, a penalty of up to one year in jail.

The bill is part of Prime Minister Viktor Orban’s push against EU migration policies and it is named for Hungarian-American financier George Soros, a foe of Orban’s government.

Hungary accuses Soros of backing mass migration to Europe and providing support to civic groups that give legal aid to asylum-seekers and refugees.

Germany’s Chancellor Angela Merkel will host a meeting with Orban in Berlin on July 5, reported Spiegel on Tuesday.

The Council of Europe’s advisory body on constitutional matters, the Venice Commission, was reviewing the legislation and its opinion on the bill was due on Friday.

Commission chief Gianni Buquicchio had asked Szijjarto on Monday to wait until the commission published its recommendations or at least to take the Commission’s preliminary views, which already been shared with Hungarian officials, into account.

“Yes, there will be a voting session tomorrow, and our parliamentary group will vote in favor of the proposal,” Szijjarto said, confirming that Hungary was choosing to hold the vote place prior to the Venice Commission’s conclusions.

The bill is set to grant the interior minister with the power to ban non-governmental organizations that support migration and are deemed as a national security risk.

The bill and an accompanying constitutional amendment are expected to be approved by the legislature on Wednesday.