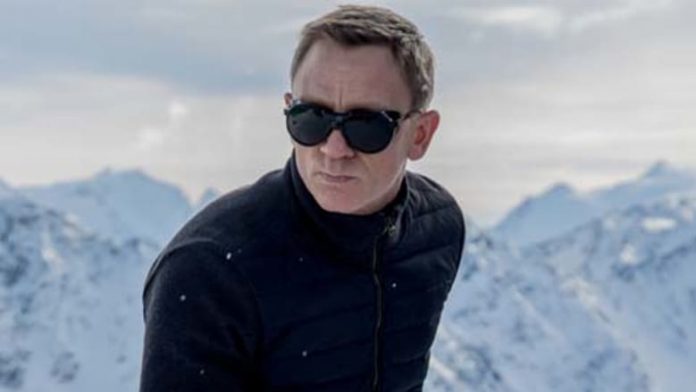 If you’ve ever wondered what James Bond did in the lead up to receiving his licence to kill and 2012’s magnificent Skyfall wasn’t enough for you, all your questions are about to be answered.

007 is getting an origin story in the form of a comic books series, with the first edition set to be released in September.

The series comes about through a deal comic book company Dynamite Entertainment did with the estate of Ian Fleming, Bond’s creator, in 2014 to turn the world’s most famous spy into a range of comic, graphic novels and digital comics.

They rolled out the first collection in 2015, marking the first time the character had appeared in comic form in nearly two decades.

The monthly Dynamite Entertainment James Bond comics launched on November 4, 2015 in line with the cinema release of Spectre and explored Bond’s story in the lead up to the Casino Royale storyline.

James Bond Origin will introduce readers to a 17-year-old Bond in 1941, an orphaned student in Scotland who gets caught up in World War II’s deadliest German attacks on Great Britain while visiting a family friend.

On the other side of the blitz, Bond is determined to make a difference and his journey to becoming a double-0 begins.

The stories will be penned by Jeff Parker, who has written for Suicide Squad, Batman ’66 and Thunderbolts, with artwork by Green Hornet artist Bob Q.

“It’s a weighty challenge to reverse-engineer this icon into a young man on a life’s journey of danger, but Nate Cosby paired me up with Bob Q, who not only brings the gravitas of war in 1941 Europe but nails the promising hero in his youth,” Parker said.

“James doesn’t have the vast experience of a double-O agent yet, but he’s tenacious and a lightning-quick study. Bob and I work to show the full force of Bond’s spirit.”

It isn’t the first time Bond’s background has been explored.

In 2005 a Young Bond series of novels delved back even further than the James Bond Origin stories, begining with the spy as a young teenager at Eton in the 1930s.

Ten novels have been released in the Young Bond series, although the storylines don’t appear to overlap between the books and the comics.

The untitled 25th Bond film, which will be helmed by Danny Boyle and see Daniel Craig return to the title role for the fifth time, is due to be released in cinemas in November 2019.

With appetite for Bond films only growing and an ever increasing audience for comic book characters to be reimagined for film, the Bond origin story could make perfect fodder for the next successful franchise from Fleming’s enduringly popular spy.