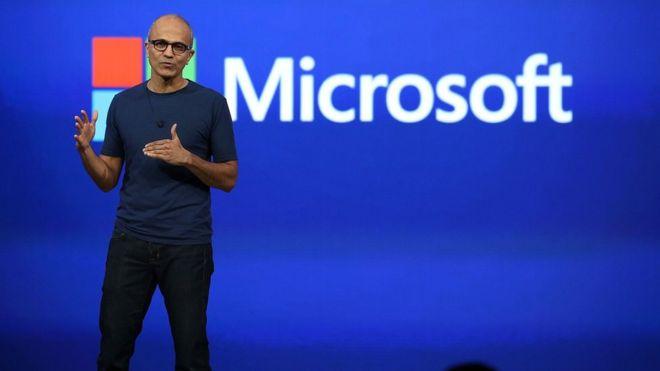 An open letter signed by more than 100 Microsoft employees has called on the tech giant to stop its work with US Border Patrol.

The call comes as the Trump administration faces intense criticism over the separation of children from their families at the Mexican border.

The letter, posted on an internal message board and published by the New York Times, said the employees “refuse to be complicit”.

Microsoft has said its technology was not being used for “projects related to separating children from their families at the border”.

In a statement published before the employee letter surfaced, the company said: “Microsoft is dismayed by the forcible separation of children from their families at the border. Family unification has been a fundamental tenet of American policy and law since the end of World War II.”

However, the firm does have a $19.4m (£14.7m) contract with the US Immigration, Customs and Enforcement agency, known as ICE.

In January, it posted information about how its cloud computing platform, Azure, was being used to facilitate data “security and compliance”.

The post read: “We’re proud to support this work with our mission-critical cloud.”

The signees of the letter to Microsoft chief executive Satya Nadella demand the company ends this association with ICE, and “other clients who directly enable ICE”.

Their efforts chime with the thoughts being expressed by employees at many of Silicon Valley’s top firms. On Tuesday, some of the region’s top chief executives made statements on the issue.

“The stories and images of families being separated at the border are gut-wrenching,” wrote Sundar Pichai, Google’s chief executive, on Twitter.

“Urging our government to work together to find a better, more humane way that is reflective of our values as a nation.”

Apple boss Tim Cook, speaking after an event in Ireland, told the Irish Times the situation was “inhumane”.

“It’s heartbreaking to see the images and hear the sounds of the kids. Kids are the most vulnerable people in any society. I think that what’s happening is inhumane, it needs to stop.”

Other condemnations have come from the bosses at AirBnB, Twilio and Box.

A fundraiser on Facebook had raised more than $6m on Tuesday, growing at a rate of thousands of dollars every minute. It is the largest amount ever raised on the platform.

Employee rebellion recently saw Google drop its contract with the US Department of Defense. It had been aiding the development of software designed to increase the accuracy of drone strikes.

A number of Google employees resigned and thousands more signed a petition against the project, known as Maven, fearing it would be the first step in artificial intelligence being used to kill people.