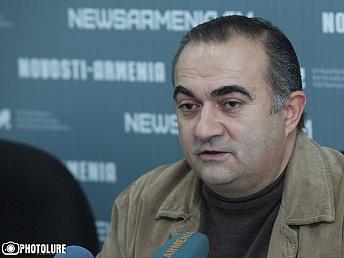 YEREVAN, June 20. /ARKA/. Armenia’s National Security Service should not worry about the political consequences of the fight against corruption, Tevan Poghosyan, an adviser to Armenian president, told a news conference on Wednesday.

He said the National Security Service serves the state, not the political forces and the most important thing for it is the rule of law. According to him, it is political forces that must worry.

“They have to think about whether they can go to bed safely, and the National Security Service or Police officers will not come after them,” he said.

Armenian parliament voted on June 19 to allow law-enforcement authorities to prosecute Manvel Grigoryan, a retired Army General elected to parliament on the ticket of the Republican party of Armenia in 2017. The voting followed a request from the Prosecutor-General Artur Davtyan to strip Grigoryan of his parliamentary immunity.

Manvel Grigoryan was detained by the National Security Service in his hometown of Etchmiadzin on June 16 after security forces raided his homes in Etchmiadzin and a nearby village finding illegally acquired weapons and stockpiles of food and other supplies, including anti-tank guns and rocket-propelled grenades, meant for the armed forces.