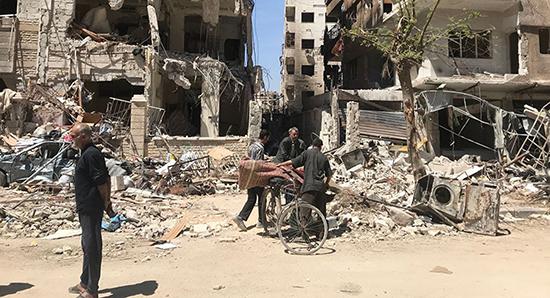 The Organisation for the Prohibition of Chemical Weapons (OPCW) is very sure of the technical aspects of its work in the investigation of chemical weapons use in the Syrian city of Douma, OPCW Director General Ahmet Uzumcu told Sputnik on Tuesday.

“We are very confident of the technical work which is conducted by the FFM [Fact-Finding Mission],” Uzumcu said. “I don’t think one can dispute the conclusions drawn by the FFM.”

Moreover, the report with findings from the investigation into chemical weapons use in the Syrian city of Douma will be published within a week,  Ahmet Uzumcu told Sputnik on Tuesday.

“We expect that report might be ready soon. I don’t know what will be the conclusion, but I hope that that report soon will be available,” Uzumcu said. “When I say soon, it may happen within the next week or so.”

On Friday, Russian Foreign Ministry spokeswoman Maria Zakharova said Moscow is puzzled by the OPCW mission’s methods, which violate the organization’s requirements for collection and analysis of information on the alleged use of toxic agents.

Zakharova also emphasized the OPCW mission’s report is based upon some material evidence provided by anonymous non-governmental organizations operating in the territories controlled by militants, which also violates the OPCW’s basic principles.