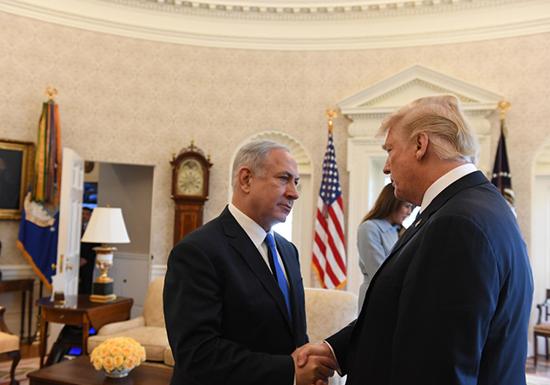 The report states that when Trump entered office, Israeli Ambassador to the United States Ron Dermer went to the White House to arrange for Trump to sign the letter, stressing the need for secrecy.

WASHINGTON – Four consecutive American presidents have offered Israel written assurances that the US will not pressure them to relinquish their nuclear weapons program, a magazine reported this week.

An article in The New Yorker claims that the presidential letters refer vaguely to respect for Israel’s “deterrent” capabilities – a phrase Israeli leaders believe underscores US support for their decades-old nuclear program.

Israel neither confirms nor denies the existence of this program.

The first letter was drafted under former president Bill Clinton in exchange for Israeli participation in the 1998 Wye River negotiations, the report claims.

“President Bill Clinton assured the Jewish state that no future American arms-control initiative would ‘detract’ from Israel’s ‘deterrent’ capabilities, an oblique but clear reference to its nuclear arsenal,” it reads.

Former presidents George W. Bush and Barack Obama all signed similar letters, although Obama was allegedly surprised by the request. He later repeated the assurances orally after meeting with Netanyahu in 2010, after a conference on global nuclear non-proliferation.

The report states that when President Donald Trump entered the White House, US Ambassador Ron Dermer, went to the White House to arrange for Trump to sign the letter, stressing the need for secrecy and a limit on who could take part in the discussion. Dermer reportedly spoke to then- US National Security adviser Michael Flynn hours before his resignation.