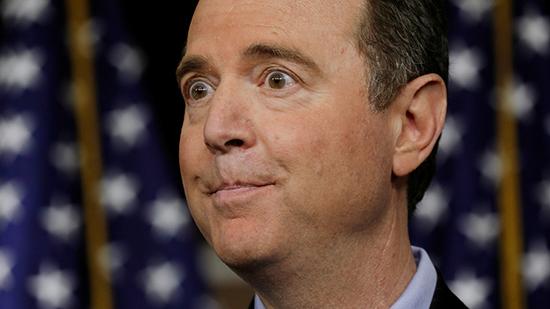 Democratic lawmakers have finally managed to expose RT’s extensive efforts to influence the 2016 US presidential election — by releasing a list of advertised tweets, most of which actually had nothing to do with the election.

Obviously, RT did everything it could to try and keep its nefarious campaign of interference under wraps, but the day of judgement is finally upon us.

In fairness to him, Rep. Adam Schiff (D-California), who is one of the leading Russiagate conspiracy theorists in Congress and the ranking Democrat on the House Intelligence Committee, did his very best to make a mountain out of a molehillhere, so let’s give credit where it is due.

Nonetheless, we have just a few little problems with his approach.

Schiff released a document detailing the supposed evidence thus far that RT was part of a “surreptitious” social media campaign to interfere with the American election. Yet, the document includes no evidence that this was actually the case, and instead it focuses heavily on information published more than one year ago in an infamous intelligence community report, which was widely panned — even by some of the usual Russiagate fanatics — as being very thin on detail.

Schiff’s big reveal of a list of advertised tweets paid for by RT.com also falls flat — because RT itself released a list of its top paid-for tweets last November. So, sorry Schiff, you haven’t blown the lid off a big conspiracy here; we were already way ahead of you.

It was also around the same time that RT revealed that Twitter had asked RT to spend millions of dollars on marketing during the US election — an offer which RT turned down.

3. Only a fraction of RT tweets were election-related

To add some weight to his big announcement, Schiff and the Intelligence Committee released a whopping 110 pages of RT.com paid-for tweets, which, to be fair, was a really impressive effort.

But it seems that maybe Schiff and his merry gang of Russiagaters were confident that no one would bother to actually trawl through the whole list — because most of them had nothing to do with the US election.

According to our count, there are 390 tweets out of the total 1792 listed that could be said to be related to the US election in some way — that’s under 22 percent. The rest of the time, RT was also tweeting about non-US related matters, because, shocking as it may sound, news happens in other places too.

4. RT promoted tweets about all candidates and parties

If they looked closely, Schiff and his team might also have noticed that RT published and promoted tweets about all parties and candidates running for US president in 2016 — including Green Party candidate Jill Stein and Libertarian candidate Gary Johnson.

We understand that Schiff might not be familiar with these names or see such a wide array of news and viewpoints in the mainstream media, but it’s called journalism.

In a last-ditch attempt at relevancy, Schiff included a list of tweets that were aimed at voter suppression, urging voters to stay at home or to “vote online” instead of going to the polls.

Schiff acknowledges that there is “no indication” that any of these tweets had anything whatsoever to do with Russia. What’s more, BuzzFeed has already identified some of those voter suppression scams with having originated on the 4chan message boards. So why are they included in the supposed revelations about RT’s alleged election influence campaign? Your guess is as good as ours.

It looks like Schiff and his Democratic colleagues on the House Intelligence Committee are trying to look busy, but they are coming up short again.