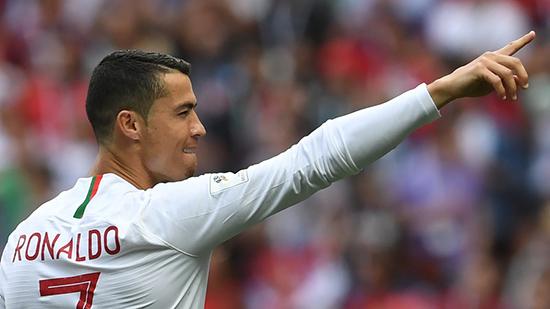 Cristiano Ronaldo has broken the record of legendary Hungarian striker Ferenc Puskas’ for international goals scored for a European team when he netted a header versus Morocco at the 2018 World Cup, taking his tally to 85 goals.

The Portuguese captain’s 4th minute goal for the Iberian nation broke the previous record held by former Real Madrid player Puskas on his return to Luzhniki Stadium, where he won his first Champions League title with Manchester United a decade ago.

Current Real player Ronaldo bagged a hat-trick versus Spain in the opening game in Sochi during a pulsating 3-3 draw on Friday, and then put his Portugal side ahead against Maghreb nation Morocco in Moscow on Wednesday.

Only Iran’s Ali Daei is now ahead of Ronaldo in the international goalcoring stakes, with 109 goals. ronaldo reached his tally of 85 in 151 appearances.