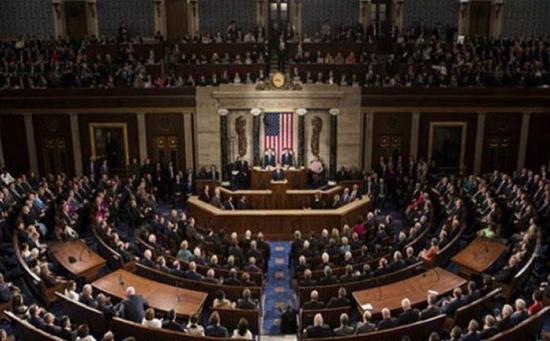 The US Senate on Monday passed a bill that could be used to block or slow the transfer of F-35 fighter jets to Turkey, a NATO ally that has an increasingly strained relationship with Washington, Al Jazeera reported.

There have been bipartisan efforts in both the Senate and the House of Representatives to potentially stop the transfer to Turkey.

The National Defense Authorization Act (NDAA) now needs to be reconciled with a bill from the House of Representatives and could be approved by the end of the summer.

Both houses of Congress have introduced their own version of amendments that target Turkey, one of the partner countries in the F-35 program.

The Senate version would prevent the transfer until the Pentagon devises a plan to remove Ankara from the program.

The Republican Party of US President Donald Trump controls both chambers of the legislature.

In a reaction to the US Senate bill, Turkish Prime Minister Binali Yıldırım on Tuesday criticized the US decision, calling it “an unfortunate development.”

“Turkey is not without alternatives. Such attempts are regrettable and go against the soul of strategic partnership,” the Hürriyet daily quoted the prime minister as saying.

Ankara was seeking to buy about 100 of the stealth jets. However, various legislators have cited a number of concerns with Turkey, including its plans to buy an advanced Russian air defense system, warming ties with Moscow and the arrest of US citizens and consulate staff, including American pastor Andrew Brunson, standing trial in Turkey on terrorism charges in the wake of a 2016 coup attempt that Ankara believes was orchestrated by Turkish Muslim cleric Fethullah Gülen, who resides in the US.

Turkish Foreign Minister Mevlüt Çavuşoğlu on June 4 emphasized that if Washington decides not to sell F-35s to Turkey, Ankara will look further to other countries or produce its own.

Lockheed Martin, maker of the F-35, said it still expected to hand over the jets to Turkey in a ceremonial exchange in Texas on June 21. Turkish pilots are due to be trained on the F-35 in-country, but the warplanes themselves are not scheduled to leave the US for at least a year, giving the Pentagon time to find a solution in order to honor the new law if it passes.