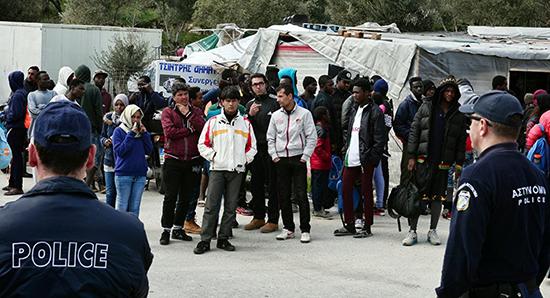 The European Union is looking for ways to stem the tide of asylum seekers from troubled North African and Middle Eastern countries crossing the Mediterranean by boat in a desperate effort to reach European shores.

Hungary’s Prime Minister Viktor Orban has announced that the so-called Visegrad Group (V4) — made up of Hungary, Poland, the Czech Republic and Slovakia — would continue their policy, rejecting any EU migrant quota plans. He has also announced that the V4 would boycott the upcoming EU meeting, where the European leaders were poised to deal with the migrant issue.

“We understand that there will be a mini-summit on Sunday but we would like to state clearly that the prime ministers of V4 agreed that they will not go to that.”

According to Orban, the group supports the idea of setting up screening centers “hotspots” outside the bloc where asylum-seekers can present their requests for protection.

Hungary has long been proposing such centers in Africa, where migrants-to-be could be pre-screened, with the new Italian government voicing support for the idea.

The statement came shortly after Orban’s meeting with Austrian Chancellor Sebastian Kurz, who has also been backing a tougher approach to illegal immigration.

No ‘Guantanamo Bay for Illegal Migrants’ in Europe

“I want to be very clear on that. I’m against a Guantanamo Bay for migrants,” Migration Commissioner Dimitris Avramopoulos told a news briefing in Brussels on Thursday.

“This is something that is against our European values,” he added.

Avramopoulos said that the bloc plans to have “regional disembarkation platforms” opened in Algeria, Egypt, Libya, Morocco, Niger and Tunisia in its effort “to significantly intensify our cooperation” with these countries.”

He added that the countries that cooperate with the EU in this effort would be rewarded with “increased financial and material support.”

However, none of the abovementioned countries has so far agreed to take part in the program.

“The European leadership of today will be held accountable in the eyes of future generations if we allow all these forces of populism to blow up what has been achieved,” Avramopoulos said, warning that the future of the EU’s border-free travel area was now at stake.

Immigration-related issues have also been high on the agenda of German Chancellor Angela Merkel’s two-day trip to Jordan and Lebanon.

As a source in the Lebanese government told Sputnik, “During the talks, Merkel and the three senior [Lebanese] officials will discuss the development of bilateral relations, the renewal of support for the Lebanese economy, the overall situation in the Middle East, and the influence of the Syrian crisis on Lebanon, including the refugee issue.”

Speaking to students at the German-Jordanian University in Amman, the chancellor also discussed the problem of refugees in Germany who she said pose a “big challenge” in terms of organizational issues and keeping control over the situation.

When asked by a female student about racism in Germany and whether foreigners needed to worry about the rise of the anti-immigration Alternative for Germany (AfD) party, Angela Merkel tried to assuage the young woman by saying that “All things considered, you don’t need to worry.”

At home Angela Merkel is facing a rebellion over immigration in the ranks of her own conservative partnership with Interior Minister Horst Seehofer, the head of Bavaria’s Christian Social Union (CSU), a partner with Angela Merkel’s Christian Democratic Union (CDU) in the ruling conservative coalition, having given her until July 1 to negotiate individual agreements with Germany’s neighbors to allow Berlin to turn back refugees who have already been registered in another EU country.

At the same time, Austrian Chancellor Sebastian Kurz has said that he plans to meet with German Chancellor Angela Merkel and heads of other governments later this week in order to discuss migration issues currently facing the European Union.

Last week, Kurz said that Vienna, Berlin and Rome intended to work together to tackle the problem of illegal migration, adding that such regional cooperation was justified, because immigrants often arrived in Austria through Italy and, if unwilling to settle there, then went on to Germany.

In addition to this, Italy’s new government was also engaged in a row with France after turning back the Aquarius migrant boat, prompting harsh criticim in Paris, as well as from several human rights organizations. After Prime Minister Giuseppe Conte’s meeting with Macron, the parties announced that the dispute was over, with Rome vowing to propose a new way to deal with the issue.

However, on Wednesday, Conte told European Council President Donald Tusk that Italy couldn’t take all the refugees in and refused to address the issue of migrants’ secondary movements until the pressure on Italy, as the country most exposed to migrant arrivals, was resolved.

Migrants try to reach their preferred countries, usually Germany, Norway and the United Kingdom, via Italy, which is one of the first EU states migrants reach on their journey. According to the Dublin convention, an asylum request is examined by the state of the first arrival of an individual to the European Union. If a migrant is found in another EU country, he will be transferred to