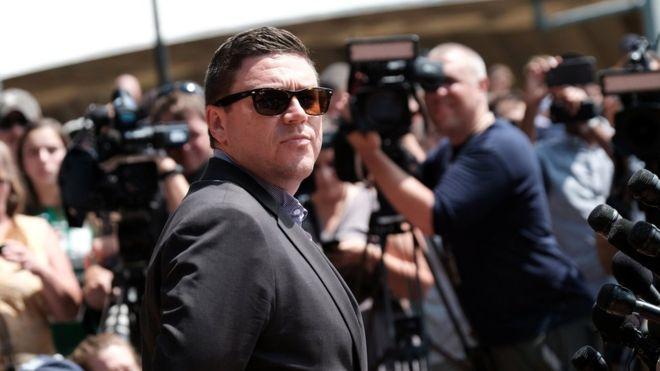 The organiser of last year’s “Unite the Right” event in Charlottesville has won approval to hold a rally in Washington DC.

Jason Kessler’s application for a “white civil rights rally” has been approved for 11-12 August by the National Park Service.

The permit for the event has not yet been issued.

Mr Kessler’s filing estimates 400 people will attend, and says he will work with law enforcement.

The Washington DC event is planned for exactly one year after the “Unite the Right” rally in Charlottesville, Virginia.

The event followed months of protests concerning the planned removal of a Confederate statue in the town.

A car rammed a crowd of demonstrators protesting against the event, killing one woman and injuring 19 others.

US President Donald Trump inflamed national tensions when he said both sides were to blame for the violence.

An application to hold another event in Charlottesville this year was rejected due to public safety concerns, according to local media.

Mr Kessler, a right-wing blogger, said previously that the Virginia rally was not meant to cause violence and blamed the counter-protesters for the fighting.

He also blamed the police for failing to protect his group on the day, during a press conference which he eventually had to flee.