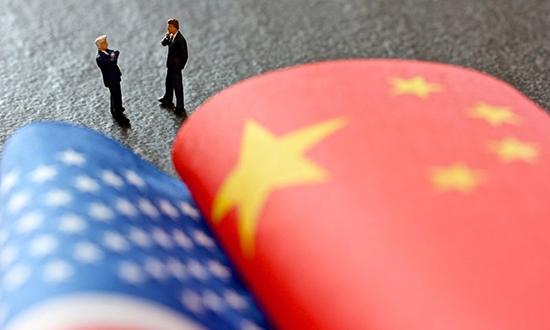 China’s economy is stable and resilient enough against uncertainties, including the latest trade tensions between China and the US, experts said, who called for slight policy adjustments.

“Recent stock market fluctuations were mainly caused by uncertainties over Sino-US trade tensions… But the tensions were not as serious in the short term as additional US tariffs on $50 billion in Chinese goods only account for less than two percent of China’s exports,” Hua said.

However, the current capital market situation is not optimistic. Shenzhen-based financial news site stcn.com reported that by Wednesday, a total of 329 A-shares reached their lowest point since peaking in June 2015.

Beijing Huaye Capital Holdings Co said that its dominant shareholder aims to increase its stake by over one percent in the coming six months, and will gradually implement the plan in line with the company’s stock price and overall trend of the A-share market, according to a statement on the Shanghai Stock Exchange on Wednesday.

China’s economic fundamentals are sound, with strong resilience and a balanced structure between consumption, investment, domestic and external demand, Hua said. After deep adjustments from 2009-16, the country’s economic activity has also picked up, he added.

An improvement in the fundamental institutional arrangement for the capital market and the implementation of reform and opening up measures further strengthened the foundation for the long-term operations of the A-share market, experts noted.

226 A-shares were officially added to the MSCI emerging markets indexes on June 1, marking their entry into global capital markets.

China’s economy still has space for growth, but if these problems can’t be properly dealt with, problems with external demand will add to their woes, Liang said.

She said deleveraging should be carried out at the same pace as  State-owned enterprise and capital market reform for better results.

As of June 18 this year, 22 bonds have reported defaults worth 20.3 billion yuan, said a TF Securities report, citing Wind data.

In the medium and long-term, China’s economy is in an upward phase, Hua said. China’s population quality dividend is helping the country’s economic transformation, as the country has 1.5 million science and engineering graduates annually and the country’s quality of education is improving. These graduates will support the growth of China’s high-end manufacturing industry and structural upgrade, he said.