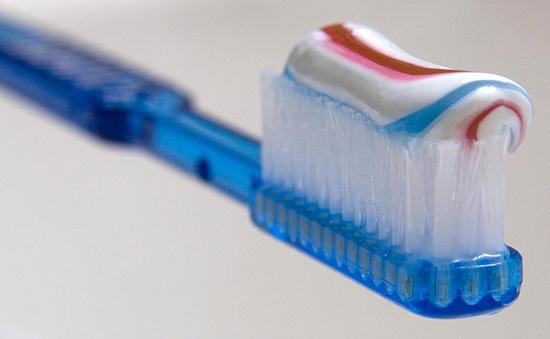 An ingredient commonly found in toothpaste could be exacerbating the global problem of antibiotic resistance, according to researchers from the University of Queensland (UQ), Australia.

The substance in question, triclosan, which is used in thousands of personal care products, is the focus of a study published in the journal Environment International.

The World Health Organization has described antibiotic resistance—which occurs when bacteria develop the ability to defeat the drugs designed to kill them—as one of the “biggest threats to global health, food security, and development today.”

While scientists are well aware that the misuse and overuse of antibiotics can lead to resistance developing in bacteria, it has not been understood that other chemicals can induce the same effect—until now.

“Wastewater from residential areas has similar or even higher levels of antibiotic-resistant bacteria and antibiotic resistance genes compared to hospitals, where you would expect greater antibiotic concentrations,” Jianhua Guo, from UQ’s Advanced Water Management Centre, said in a statement.

“We then wondered whether non-antibiotic, antimicrobial chemicals such as triclosan can directly induce antibiotic resistance,” he said. “These chemicals are used in much larger quantities at an everyday level, so you end up with high residual levels in the wider environment, which can induce multi-drug resistance.”

For the study, the researchers exposed E. coli to triclosan and found that the substance altered the bacterium’s biology so that it became resistant to several antibiotics.

“This discovery provides strong evidence that the triclosan found in personal care products that we use daily is accelerating the spread of antibiotic resistance,” Guo said.

In light of the latest findings, the researchers say the potential impacts of chemicals such as triclosan need to be re-evaluated.

Antibiotic resistance is a major public health threat, with around 700,000 people around the world dying every year from so-called “superbugs,” which aren’t affected by standard treatments. And the problem is set to get only worse: According to the Review on Antimicrobial Resistance, there will be approximately 10 million deaths a year by 2050 if we do not find proactive solutions now.

“The real implications of spreading drug resistance will be felt the world over, with developing countries and large emerging nations bearing the brunt of this problem,” the Review’s website states. “Routine surgeries and minor infections will become life-threatening once again and the hard-won victories against infectious diseases of the last fifty years will be jeopardized.”