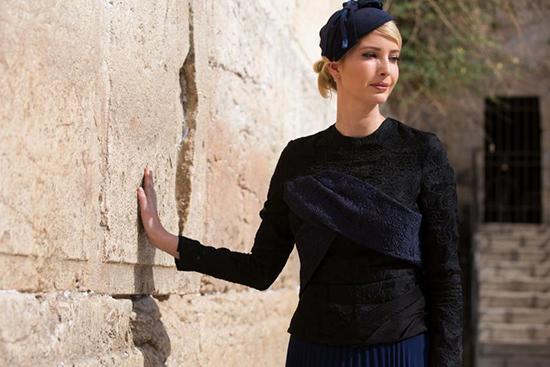 There’s been no shortage of religious outcry over the Trump administration’s policy of separating minor children from their parents after crossing the U.S.-Mexico border. The U.S. Conference of Catholic Bishops called the policy “immoral,” Cardinal Timothy Dolan said it was “unbiblical,” and members of Attorney General Jeff Sessions’s denomination, the United Methodist Church, accused him of child abuse.

Yet the most religiously observant members of the first family have yet to weigh in. Ivanka Trump and Jared Kushner have so far been publicly silent on the border separations.

Levi Shemtov, the couple’s Washington, D.C.–based rabbi, who is executive vice president of American Friends of Lubavitch (Chabad), told Newsweek that he views the situation as complicated.

“My hope would be that there could be a meeting of the minds that would allow for an effective yet compassionate implementation of policy,” Shemtov told Newsweek. “Obviously whichever authority gets to decide can change with time according to the electoral will. At the same time, the overarching good of the nation generally should be the guidance by which the nation is ruled.”

The orthodox Chabad movement, to which the Kushner’s have donated more than $340,000, also has nuanced views on the topic. While representatives acknowledge that “to those fleeing reactionary regimes in Central Europe or the pogroms of the czars, America’s open doors offered shelter and opportunity,” and that “when America kept its doors tightly shut as the Nazi menace grew ever more deadly, we suffered the agony of those who were left to die,” they don’t outright condemn the actions of the Trump administration.

Instead, Chabad says, “It is with lingering questions, rather than definitive conclusions, that we leave off.”

Shemtov, who serves as the spiritual leader of TheSHUL, where Ivanka Trump regularly attends services with her husband and children, says that a solution to the problem will require compromise. “One thing we’ve seen is that everybody yelling at each other is not the solution,” he said. “Perhaps if each of the sides could bring a few people together and find a resolution it would be good not only for the people directly affected but for the nation generally.” Either way, he said, “some give is necessary before things get out of control.”

Haskel Lookstein, rabbi emeritus of Congregation Kehilath Jeshurun, who oversaw Ivanka Trump’s conversion, declined to comment on the situation. So did a number of other Orthodox rabbis associated with the Kushners and Trumps. Jared Kushner’s close friend Rabbi Hirschy Zarchi, who heads Harvard’s Chabad, told Newsweek that he would be traveling for several days and unavailable to comment.

Many other leaders in the Jewish community have condemned the practice, including a group of Orthodox Jews who organized a protest outside of the Orthodox Union offices in New York. The Orthodox Union is generally supportive of the Trump administration and last week awarded Jeff Sessions with a plaque that celebrated his work to “pursue justice.” The Union later signed a letter condemning the practice of border separation, but protestors don’t believe that’s enough.

“Words aren’t enough. How will the Orthodox Union utilize their power and their network to make sure this inhumane policy is ended?” the group wrote in a Facebook post.

A new CNN poll found that only 28 percent of all Americans approve of the policy that has led to an increase in separations of children from their families at the southern border, but that the majority of Republicans do.

The Department of Homeland Security said last week that at least 2,000 children have been separated from their families in the past six weeks. The Trump administration is in the process of setting up tent cities near El Paso, Texas, to house the influx of children, and there is currently no process in place to reunify families.

The increase in family separation comes from a Trump administration decision to criminally prosecute every adult who illegally crosses the border. Under past administrations, adults crossing the border with minors were typically issued a hearing date in immigration court and kept together.