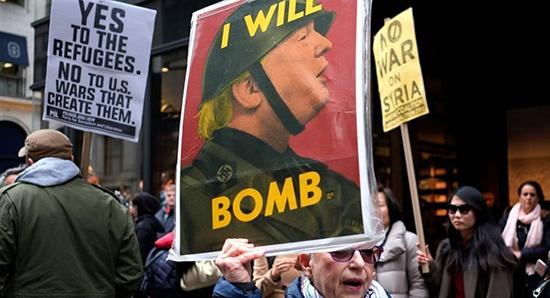 The minister’s comment comes amid ongoing tensions between Tehran and Washington, with the latter recently withdrawing from the Iran nuclear deal and vowing to re-impose sanctions against Iran

Iranian Defense Minister Amir Hatami said during his speech at the 13th Iranian Geography Congress on June 21 that the US is planning to reshape the existing geographic borders in the Middle East. According to him, Washington efforts to disrupt Iran’s missile defenses are just on step towards their goals. The minister warned the US against pursuing such plans, claiming it would only lead to war and instability in the Middle East.

“Redrawing the borders will impose 100 more years of war and conflict on the region,” he said.

Hatami added that Washington also spends a lot of money in attempting to redirect the main energy lines from Iran in an artificial way in order for it to grow “geopolitically exhausted.”

The minister has cautioned regional countries to not “naively” believe that they won’t be affected by the US plans to alter the borders in the Middle East as “the enemies, in order to internalize exploitation, need to reduce the size of regional countries.”

Relations between Tehran and Washington further deteriorated after US President Donald Trump announced the withdrawal of the United States from the Iran nuclear deal, promising also to re-impose sanctions against Iran for allegedly continuing its nuclear and ballistic missile programs. Tehran slammed the accusations and vowed that if the Iran deal isn’t maintained, it will resume the development of its nuclear program.