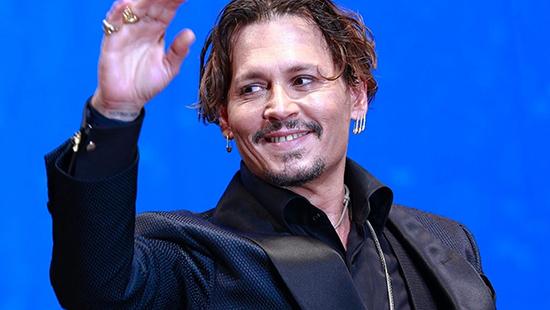 “The Pirates of the Caribbean” actor sat down with Rolling Stone Thursday and he got surprisingly candid about his personal life.

“I was as low as I believe I could have gotten,” admitted the 55-year-old star about the drama that unfolded after his failed marriage to actress Amber Heard. “The next step was, ‘You’re going to arrive somewhere with your eyes open and you’re going to leave with your eyes closed. I couldn’t take the pain every day.”

During that time, Depp denied Heard’s claims that he physically abused the 32-year-old starlet. Police officers who responded to their apartment after a fight between the pair said they found no evidence of a crime. Heard later dismissed her restraining order petition.

In January 2017, a judge ended Depp and Heard’s marriage after months of bickering over the financial terms of their breakup. Their agreement called for Depp to pay Heard $7 million, which she has pledged to a pair of charities.

That same year, Depp sued his former business managers, Joel and Robert Mandel, claiming they mishandled his money and cost him millions.

The managers then countersued, insisting Depp was the one who spent his money on extravagances, including $30,000 a month just for wine, as well as a sound engineer who was allegedly hired to feed him lines while filming, so he wouldn’t have to memorize them.

Johnny Depp’s ex-wife Amber Heard claimed the actor physically abused her during their marriage. They would finally settle their divorce in 2017.  (Reuters)

Rolling Stone pointed out that Depp has made $650 million on films that netted $3.6 billion but “almost all of it is gone.”

Depp told the magazine he doesn’t deny having the sound engineer on his payroll, but only so that he can play him specific sounds, allowing the actor to convey emotions with his eyes while shooting.

“I’ve got bagpipes, a baby crying and bombs going off,” explained Depp. “It creates a truth. Some of my biggest heroes were in silent film… It had to be behind the eyes. And my feeling is, that if there’s no truth behind the eyes, doesn’t matter what the f—— words are.”

Depp also said he splurged on wine and that the reported figures are actually way less.

Johnny Depp’s recent frail appearance has left fans wondering if something is wrong with the Hollywood star.  (Splash)

The lawsuit also alleges Depp spent $3 million to have the ashes of his friend, journalist Hunter S. Thompson, blasted out from a cannon in Aspen, Colo., following his death in 2005.

Depp, who played Thompson in the 1998 film “Fear and Loathing in Las Vegas,” also said that reported figure is low.

Depp did reveal he worried how his financial woes would impact his children, 19-year-old Lily-Rose and 16-year-old Jack.

“My son had to hear about how his old man lost all his money from kids at school, that’s not right,” said an emotional Depp.

Unable to “take the pain,” Depp immersed himself in music and went on tour with his band, the Hollywood Vampires. He also found inspiration from his friend Thompson and began writing his memoirs on an old typewriter.

“I poured myself a vodka in the morning and started writing until the tears filled my eyes and I couldn’t see the pages anymore,” he said. “I kept trying to figure out what I’d done to deserve this. I tried being kind to everyone, helping everyone, being truthful to everyone… The truth is most important to me. And all of this still happened.”